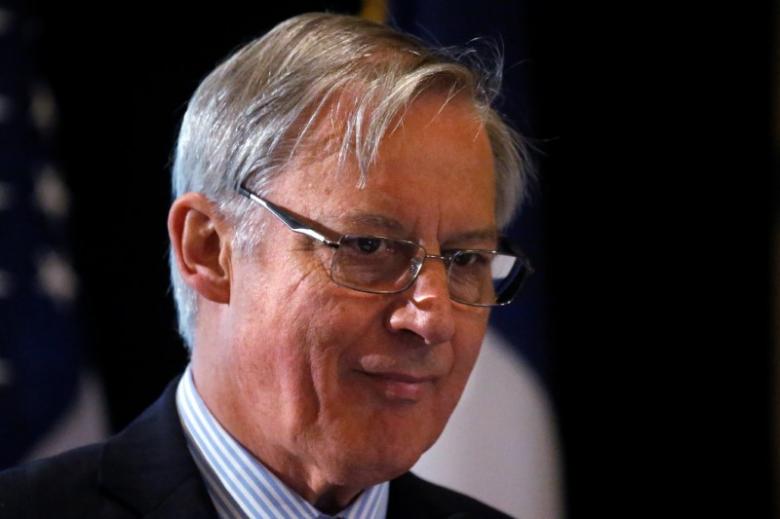 Noyer is leading the French government's efforts to lure London-based financiers to Paris as they seek to secure access to the single market once Britain exits the EU in 2019.

His job has become much easier since the election of Emmanuel Macron, a former investment banker with Rothschild & Co, as president earlier this month. “When we started the image of France wasn’t good ... the feeling about labour market rigidities and volatility of the tax system wasn’t very good," Noyer said in an interview on the sidelines of an event in Manhattan promoting France as a financial hub.

"We’ve spent a lot of time explaining what changes have already taken place." France is synonymous with high taxes and tough employment laws which make it difficult to fire staff quickly.

Macron is promising to overhaul the labour market and simplify the French tax and pension systems, while paring back regulations he says hamper innovation. But there is a lot of uncertainty about the likely pace of reforms, which could take months or even years to implement.

Macron's predecessor, the socialist leader Francois Hollande, introduced a 75 percent tax on earnings of $1 million or more in 2013. The tax was abandoned a year later but it has left a lasting impression on executives.

At the New York event, held in the Roosevelt Hotel, Noyer read a message from Macron in which he said as soon as this summer, the government will send a draft law to parliament to make labour laws more flexible.

So far, only HSBC Holdings PLC has said it would move staff to Paris following Britain's exit from the European Union, Frankfurt has emerged as a frontrunner in the competition to attract financial firms post-Brexit with the five largest US banks -- Citigroup, JPMorgan, Goldman Sachs, Morgan Stanley and Bank of America -- set to move hundreds of key staff there.

Dublin is also expected to do well. JPMorgan is buying a building there with room for 1,000 staff and British insurer and asset manager Standard Life has said it will likely choose Dublin for its EU base. Luxembourg has already attracted a number of insurers with Britain's Hiscox looking to establish a new subsidiary there and US insurer AIG planning to locate its EU hub there.

Noyer dismissed the competition from other European cities. "Paris is the only big city comparable to London and New York. The other cities are relatively small and not diversified," he said.

When it comes to fine dining, high fashion and art, Paris is an easy sell. "We never talk about our charm because Paris is a city well-equipped with cinema and art exhibitions," said Arnaud de Bresson, chief executive of lobbying firm Paris Europlace, which is trying to promote the French capital as a financial centre. "The questions we get are usually more about the politics, and with the Macron election that's changing the game.” -Reuters