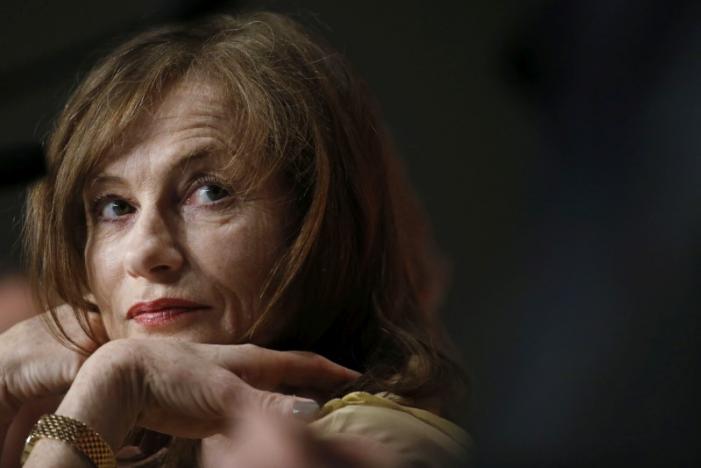 LOS ANGELES - French actress Isabelle Huppert, known for films such as "La Ceremonie," "The Piano Teacher" and "Amour," will receive a tribute honoring her career from the American Film Institute at this year's festival, the organization said. Huppert, 63, will be honored at a gala ceremony on Nov. 13 in Hollywood that will include a screening of her latest film "Elle," directed by Paul Verhoeven. It will be part of the AFI's annual film festival in Hollywood, which showcases key films in contention for awards. Nominated for a record 15 Cesar Awards, France's top acting honor, Huppert won best actress for 1995's thriller "La Ceremonie." Her English-language films include 2004's "I Heart Huckabees," 2013's "The Disappearance of Eleanor Rigby" and last year's "Louder than Bombs." "Isabelle Huppert is a masterful actress," Jacqueline Lyanga, director of the AFI festival, called Huppert a "masterful actress" in a statement and said she "exemplifies the best of world cinema." "Her fearlessness and precision shine in "Elle," and we are thrilled to honor her illustrious career," Lyanga said. Huppert has twice won best actress at the Cannes Film Festival, and was made an officer of France's highest award, Legion d'Honneur. She has yet to be nominated for Hollywood's top acting honors, the Oscars, Golden Globes and Screen Actors Guild, but her role in "Elle," in which she plays a businesswoman pursuing the man who raped her, has been garnering awards buzz. The AFI aims to preserve the heritage of American cinema. The organization also bestows an annual lifetime achievement award, the recipient of which will be announced at a later date. Recipients of the AFI lifetime achievement award include directors Steven Spielberg, Alfred Hitchcock, actors Tom Hanks, Elizabeth Taylor, Jane Fonda and most recently, composer John Williams. -Reuters