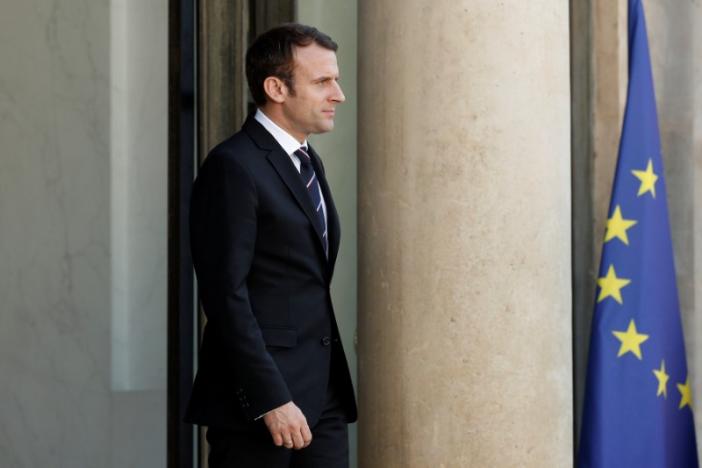 PARIS – France's centrist President Emmanuel Macron named his government on Wednesday, appointing a mix of political hues to the top jobs as part of his promise to bridge the right-left divide.

Having already made conservative Edouard Philippe his prime minister earlier in the week, Macron's pick for economy minister was Bruno Le Maire a pro-European, German-speaking rightist from Philippe's The Republicans (LR) party.

Le Maire is a free-marketeer and a heavyweight in the LR party, which he has urged to cooperate with the 39-year-old president while others refuse such an alliance.

For interior minister, Macron picked Gerard Collomb, the mayor of Lyon who was one of the first Socialists to support him.

"This shows Europe is the priority," a French diplomatic source said. "He's very serious and well-liked but doesn't know that much about foreign affairs."

The foreign ministry portfolio does not usually officially include Europe.

In another nod to the importance of Europe for Macron, Sylvie Goulard, a centrist lawmaker in the European Parliament who speaks four languages and is better known in Brussels than in Paris, was named defense minister.

The government appointments are part of a delicate balancing act Macron has to perform ahead of the mid-June legislative elections.

By becoming president with no established party backing he has already thrown traditional party loyalties into the air, and early poll predictions show his start-up Republic on the Move (REM) party will have more lower house seats than any other.

To make sure he ends up with a workable majority, surrounding himself with people tempted away from both sides of the political divide broadens his support and weakens the main traditional parties, LR and the Socialists.

By doing so, though, he could also be increasing the risk of dissent in future.

"They're trying to make a consensus government in order to get things done, so for the moment I’ll give Macron the benefit of the doubt," said Clairinvest fund manager Ion-Marc Valahu.

Macron had promised to include figures from civil society in his government. To that end, Nicolas Hulot, a well-known environmentalist, was named as ecology minister.

EDF (EDF.PA) shares, which were down 2.5 percent at 9.23 euros just before the announcement, fell further and stood nearly five percent down on the day following the news of Hulot's nomination.

Hulot, a former TV presenter and one of France's best-known ecologists, has been critical of nuclear energy though not an ardent anti-nuclear campaigner.

There are a total of 18 ministers. In keeping with his promise of gender balance, Macron named nine men and nine women.