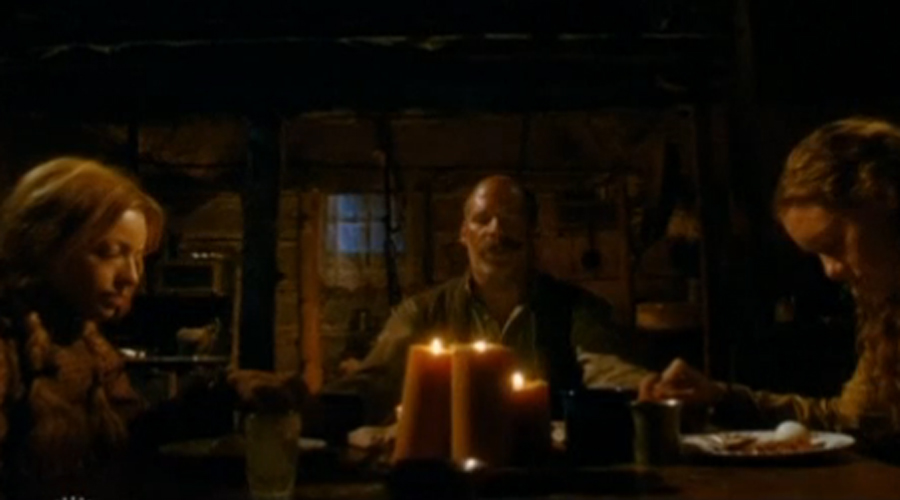 NEW YORK – Francesca Eastwood, the 22 year-old daughter of actor-director Clint Eastwood, steps into the spotlight in a lead role in indie movie “Outlaws and Angels” – and it just happens to be a Western of the kind that made her father famous as a gunslinging cowboy. That’s not quite how Eastwood sees her new movie however, in which she plays  15-year-old Florence, the youngest daughter of a religious family whose home is invaded by a group of bankrobbers on the run.  Instead of playing helpless victim to the marauding trio, she stands up to them and even begins a relationship with their leader Henry (Chad Michael Murray). "I'm very glad I didn't look at it as I'm going to shoot a Western, that's what's so cool about it," Eastwood, the daughter of actress Frances Fisher and Clint Eastwood, told Reuters. Murray agreed describing the story as timeless. “These issues that happen in this film are issues that could happen any day. They could happen today. Excuse me. And so, I think it geographically works as a Western and I think it's a great backdrop and it's a great character for the story but it's not something that's specific to the story that it has to be a Western.” Eastwood said she grew up on movie sets. “Well both of my parents are actors and my dad directs and I grew up going and visiting them on set and watching them and listening to them and yeah, there's been a lot of advice. I'm at a point in my life where it's transitioning from parental advice to work advice which is very exciting." “Outlaws and Angels” is out on limited release in U.S. movie theatres as well as video on demand. –Reuters