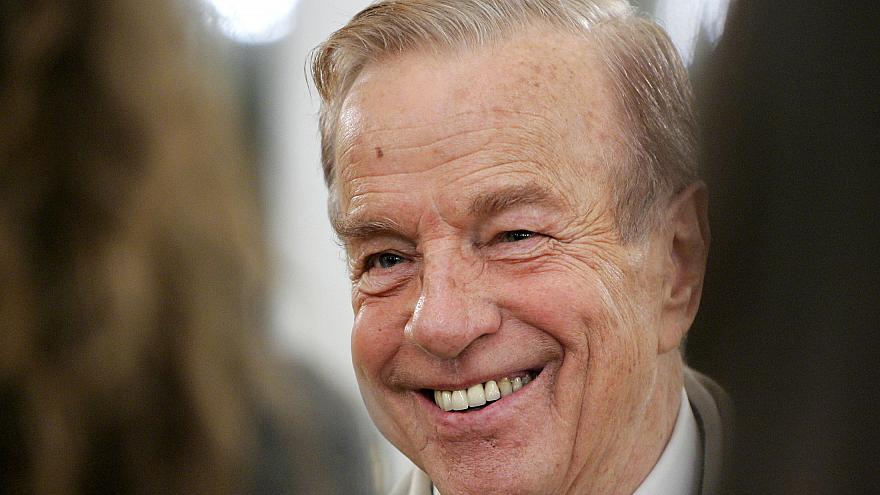 ROME (Reuters) - Franco Zeffirelli, who directed the world’s greatest opera singers and brought Shakespeare to the cinema-going masses, has died. He was 96. In a statement, his foundation said he died in Rome.“Ciao Maestro,” said the announcement. Often appreciated more by the public than critics, Zeffirelli was the last of a generation of Italian film giants who came of age after World War Two, including Federico Fellini, Luchino Visconti and Vittorio De Sica. He directed more than two dozen films, working with stars including Elizabeth Taylor, Richard Burton, Laurence Olivier, Alec Guinness, Faye Dunaway, and Jon Voight. “Franco Zeffirelli, one of the world’s greatest men of culture, passed away this morning,” Dario Nardella, the mayor of Zeffirelli’s home city of Florence, said in a Twitter post. “Goodbye dear Maestro, Florence will never forget you.” Deputy Prime Minister Luigi Di Maio said Zeffirelli would “remain in the hearts and the history of this country.” Zeffirelli’s opera productions for the stage included singers such as Maria Callas, Placido Domingo, Joan Sutherland, Luciano Pavarotti, Renata Scotto and Jose Carreras. In a 2013 interview to mark his 90th birthday, he said the general public would remember him most for his 1968 film of “Romeo and Juliet,” the 1977 television mini-series “Jesus of Nazareth,” and “Brother Sun, Sister Moon,” his 1972 film tribute to St. Francis of Assisi. “Romeo and Juliet”, one of several times Zeffirelli brought Shakespeare to the screen, was nominated for Best Picture and Best Director Oscars. His 1990 “Hamlet” starred Mel Gibson. One of the high points of his opera career was a triumphant production of Verdi’s Aida at Milan’s La Scala in 2006, which won more than 15 minutes of applause on opening night. However, Zeffirelli’s unconventional ventures into opera were often welcomed more abroad than at home, particularly in the United States, where he had more than a dozen top productions at the New York Metropolitan Opera. In 1994 Zeffirelli, who directed several productions at London’s Covent Garden, was knighted by Queen Elizabeth II for his “valuable services to British performing arts”. A homosexual and devout Catholic, he revealed in his 2006 autobiography that he had been seduced by a priest when he was a teenager. But he said it was not molestation because there was no violence. Zeffirelli hated the term “gay”, saying it was “undignified”. “How can you say that Michelangelo and Leonardo da Vinci were ‘gay’?” he asked Italy’s Corriere della Sera newspaper. “Being homosexual carries with it a great weight of responsibility and difficult social, human and cultural choices”.

Zeffirelli was born in Florence on February 12, 1923, to Alaide Garosi Cipriani, a seamstress, and Ottorino Corsi, a cloth salesman. Because they were married to other people, the law at the time meant he could not take either of their surnames and had to be registered by another one. His mother, who loved Mozart, chose “Zeffiretti” after the Italian word for “little zephyrs” (breezes) in an aria in the Austrian composer’s Italian-language opera “Idomeneo”. But a transcription error by a city hall clerk made it forever “Zeffirelli”. “Relatives and friends were horrified and very worried for the future which lay ahead of her,” he told a Catholic magazine in 2003. “Some advised her to have an abortion, but she refused. She believed that the child which was about to be born was a monument to her great love.” His mother died of tuberculosis when he was six and he was raised by an aunt and at times by a group of eccentric ex-pat English women in Florence known as “Gli Scorpioni” (The Scorpions) for their biting wit. Under their influence and tutelage, he learned to love English and Shakespeare, an experience that formed the basis of his 1999 film “Tea With Mussolini,” starring Joan Plowright, Judi Dench, Maggie Smith and Cher. “They taught me all the important things in life,” he told an interviewer in 1999. “These ladies helped me to understand my own city, my own culture and my own upbringing.” In World War Two, Zeffirelli fought as a partisan before becoming an interpreter for the Scots Guards. After the war, he studied architecture at the University of Florence and was drawn into theater and film, working initially as an assistant to Visconti, the director, for whom he designed the set for the first Italian production of Tennessee Williams’ “A Streetcar Named Desire” in 1949. Away from the screen and the stage, Zeffirelli was often in the news for his outspoken views. In 1993, he was criticized by the Vatican for saying there should be capital punishment for women who have abortions. From 1994 to 2001 he served as a senator for former prime minister Silvio Berlusconi’s conservative Forza Italia party, hoping to inject culture into politics. He later said he regretted the decision. Speaking in 2017 about his Christian faith, he told the Catholic newspaper Avvenire: “Faith is a gift, I am certain of that. I have it and I must hold on to it tightly. I know the past will never return but I am not saddened because I’ve had a full life, even though it began uphill.”