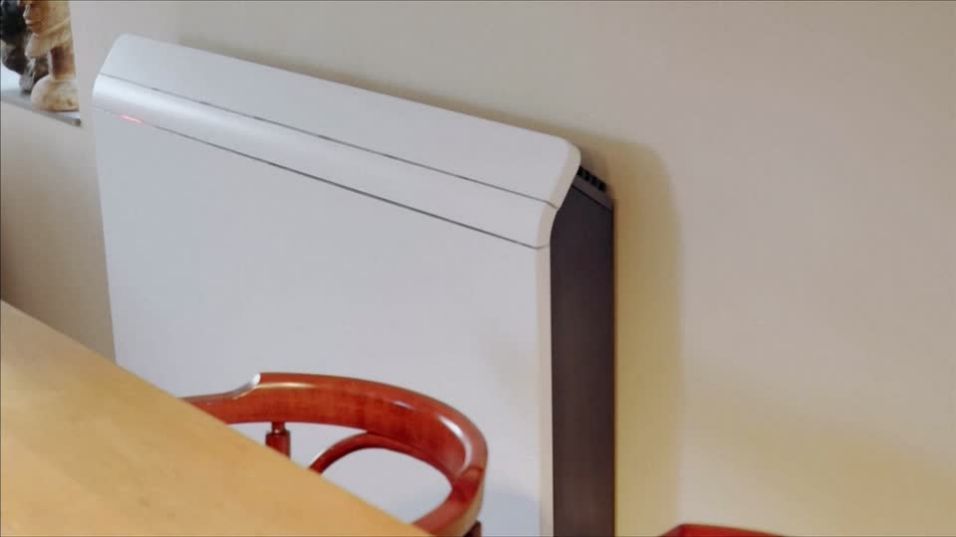 AMSTERDAM - A Dutch energy firm is trailing a scheme that offers both the promise of free energy to home-owners and a cheap alternative to large data centers for computing firms. Dutch start-up Nerdalize has teamed up with energy providers Eneco to launch its e-Radiator prototype, which is being tested in five Dutch homes as an alternative heating device. The e-Radiator is a computer server that crunches numbers for a variety of Belgian firms - while the resultant heat will heat the rooms in which they're situated. Nerdalize believes the scheme could be a commercially viable alternative to traditional radiators. CEO Boaz Leupe told Reuters the scheme is ideal for both computing clients and home owners. "These computers generate massive amounts of heat and then you start using energy to cool that down again, which is a bit of a waste. With the solution that Nerdalize has, we don't actually have to build the data center, which saves a lot of costs in infrastructure and we don't have the cooling overhead, plus that you have the environmental benefit, that the Kilowatt hour you are using is used twice, once to heat the home and once to compute the clients task without the cooling overhead," Leupe told Reuters. He added: "Actually what we do is not that different from a normal cloud provider, pretty much we make sure that there is infrastructure, or hardware and that there is a lot of clients that now book their feed with traditional cloud provider, and basically what booking capacity means is that you rent a computer for a little while and we rent out computer to universities and companies that have computer-intensive needs." Nerdalize's founders thought up the scheme after crowding around a laptop to keep warm after a home thermostat broke. The e-Radiators stored in the test homes are being used to run complex calculations and other computer-intensive jobs for an array of companies and research institutions. Nerdalize will pay the bill for powering the radiators, allowing Eneco customers to stay warm for free. Nerdalize say that the scheme is also environmentally friendly, because energy is effectively used twice in the new system. "The people's benefit is actually quite simple, what we do is we reimburse the electricity the server uses, and that we can do because of the computer clients on the other side, and in that way home owners actually get heating for free and compute users don't have to pay for the overhead of the data center, so it's pretty much a win-win situation," said Leupe. In addition to saving money by negating the need for large data centers, large computer firms will also benefit from no longer needing to use energy to cool the servers down, which can add considerably to their own bills. Jan Visser, one of the home owners in the scheme, said he is looking forward to receiving lower electricity bills. "This has nothing to do with our existing central heating installation which stayed intact, this server heater is an entirely individual heating device," said Visser. "Of course, if it gives good enough warmth, you can use less of your existing central heating and there is the chance for home owner to pay less bills." The trial will be monitored throughout the year, and once completed the companies will decide whether to extend the system. - Reuters