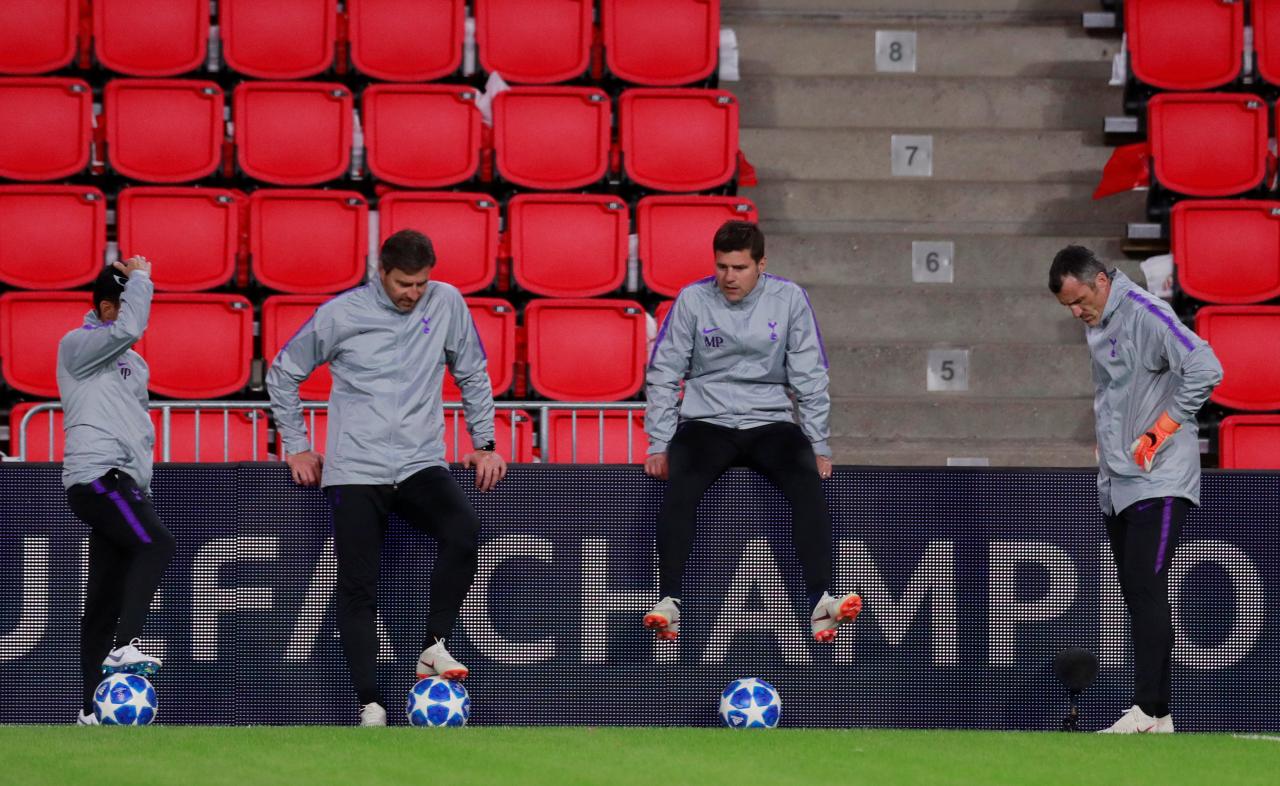 (Reuters) - Tottenham Hotspur have shown impressive durability in the Premier League lately, but they will need to be at their most steadfast to deny champions and league leaders Manchester City who travel to Wembley on Monday.
After a 2-1 home defeat by Liverpool early last month, Spurs have ground out four league wins in a row, while missing key players such as Dele Alli and Christian Eriksen. They often rode their luck in those victories, however, and Saturday’s 1-0 win at West Ham United was in large part down to the excellence of goalkeeper Hugo Lloris. Manager Mauricio Pochettino lauded Lloris as one of the “best in the world” although the Frenchman can mix brilliant saves with odd decision-making as he showed with a rash dash from his area and subsequent red card in Wednesday’s 2-2 draw at PSV Eindhoven — a result that leaves their Champions League hopes hanging by a thread. Lloris will be keen to redeem himself and may well have to on Monday against a City side who have scored 26 goals in nine games, conceding only three times with zero defeats. City’s fortunes contrast starkly with their rivals Manchester United, who are already nine points adrift of City in 10th place and welcome an in-form Everton side to Old Trafford on Sunday. United’s Romelu Lukaku will line up against his former club having not found the net in his last eight matches in all club competitions. In the week, Mourinho backed the Belgian to rediscover his scoring touch soon. “Romelu is a hard-working guy and a good professional. One day the goals will arrive and the confidence will be back,” Mourinho said. While former Chelsea boss Mourinho needs to turn around United’s season, the new man in charge at Stamford Bridge, Maurizio Sarri, could hardly have made a better start. If third-placed Chelsea avoid defeat at Burnley on Sunday he will become the club’s first manager to go undefeated in his first 10 Premier League games. At the same time, London rivals Arsenal will be going for their 11th win in a row in all competitions when they travel a Crystal Palace side struggling to find the net. Only Huddersfield Town have scored fewer goals (4) than Roy Hodgson’s team (5). Huddersfield put in a spirited performance at home to Liverpool last weekend but still remain winless. They travel to Vicarage Road on Saturday where they put four past Watford last season in a 4-1 victory, so they will hope for a repeat. Also without a win are bottom side Newcastle United who make the long journey to face fellow strugglers Southampton looking to shake off their worst ever start to a Premier League season. Cardiff City got off the mark last weekend in a 4-2 win at home to Fulham but face a daunting trip to Liverpool. The Welsh side’s last victory over the Reds came in December 1959 in the second tier, a 4-0 triumph at Anfield. Fulham, the most porous team in the division with 25 goals conceded so far, welcome Bournemouth while fellow newcomers Wolverhampton Wanderers travel to Brighton & Hove Albion. Saturday’s late game sees Leicester City host West Ham United with both sides looking to avoid a third successive league defeat.