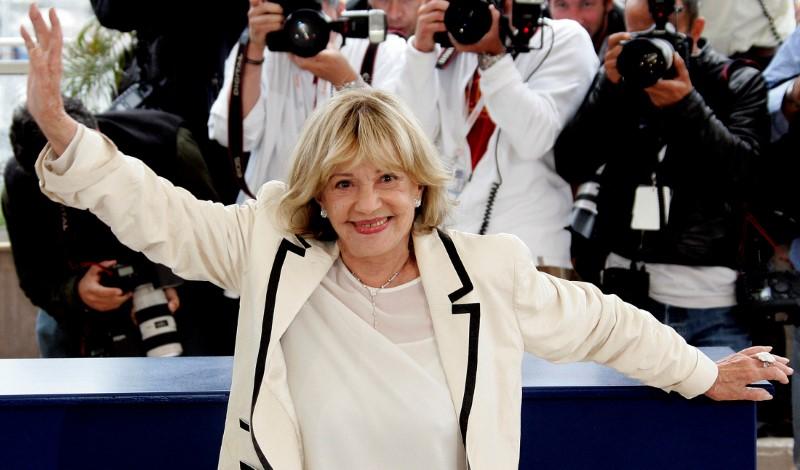 PARIS (Reuters) - Jeanne Moreau, the quintessential French actress whose mother was an English cabaret club dancer, has died at 89.

Moreau, a petite chain-smoker who worked with most of the world's top directors of the first few decades after World War Two, Orson Welles, Jean-Luc Godard and Wim Wenders among them.

In one profile story, Britain's Guardian newspaper captured a facet of Moreau that set her apart from other stars of the '60s, such as the sultry Brigitte Bardot.

"While Bardot did the dippy blonde sex bomb thing, Moreau was as sharp as cold air and mercilessly clever," the newspaper said of her in 2001.

One of the highlights of a career that blossomed with the New Wave cinema of the '60s was Francois Truffaut's Jules and Jim, where Moreau stars as the lover of two men who fight for opposite sides in World War One.

Another hit among dozens over the decades was Ascenseur pour l'echafaud, or Elevator to the Gallows, directed by Louis Malle with a soundtrack of the same name by jazz artist Miles Davis.

Moreau was born on Jan. 23, 1928 to a Paris cafe owner and an English woman who danced at the city's Folies Bergere club.

"I interrupted her career," Moreau said many years later in a French TV interview where she also joked about her father, a cafe owner in the Montmartre area of northern Paris.

He, Moreau said in her smoker's gravelly voice, had a habit of turning up to see her in the theater in her debut years before cinema fame, before dozing off and snoring.

New of her death prompted a flood of tributes, one of them from President Emmanuel Macron, who paid homage to a "true left wing woman", adding on her contribution to cinema:

"What set her apart was she ignored what was expected of her - never letting herself be pigeon-holed as a mindless seducer or femme fatale - to embrace new styles and forms."