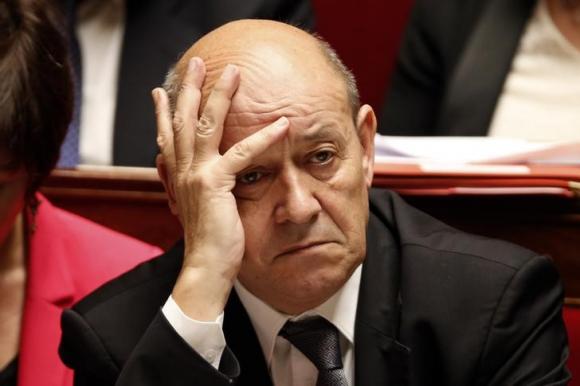 NEW DELHI (Reuters) - French Defence Minister Jean-Yves Le Drian will hold talks with his Indian counterpart in New Delhi on Tuesday to salvage a deal to supply 126 Dassault (AVMD.PA) fighter jets that has stalled on the issue of local assembly of the aircraft. Under the terms of the contract, 18 of the Rafale planes will be sold ready to fly while the rest will be assembled at a state-run Indian facility as part of the government's effort to build a domestic military-industrial base. India insists that Dassault take full responsibility for the aircraft produced at Hindustan Aeronautics Ltd. plant in Bengaluru, a defence ministry official said on Monday ahead of the defence ministers' talks. Officials say negotiations have been deadlocked for a year. "There is only one item on the agenda, the Rafale deal," the official said. The Rafale was picked in 2012 over rival offers from the United States, Europe and Russia for a deal initially worth $12 billion but now estimated to have jumped to $20 billion. France has said it will help Hindustan Aeronautics stick to delivery schedules, but that it cannot give guarantees for production of the aircraft made at a facility over which it has no administrative or expert control. The Indian defence official said a French delegation of company officials had held talks over the past several weeks to try and find a way around the issue of guarantees. He said he did not have more details. Indian defence minister Manohar Parrikar said last week that the government would decide on the fate of the Rafale deal only after the ministry's contract negotiations committee submitted its report in early March.