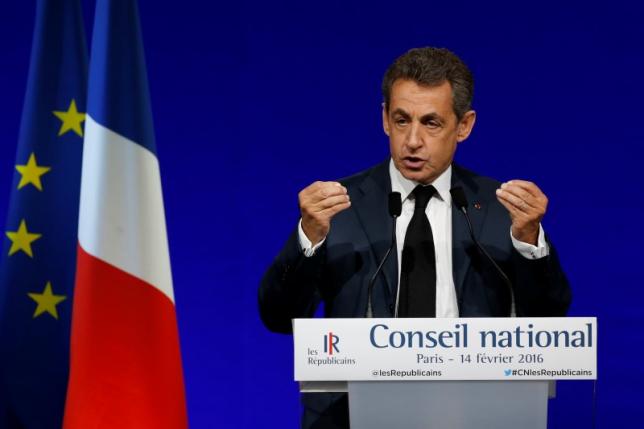 PARIS - Former conservative French President Nicolas Sarkozy was taken for questioning by investigating magistrates on Tuesday about a scandal over excess spending in his unsuccessful 2012 re-election campaign, witnesses said.

Sarkozy, leader of the centre-right opposition Republicans and a potential candidate for the 2017 presidential election, was driven to the headquarters of the financial prosecutors' office to be interrogated about the so-called Bygmalion affair.

He has repeatedly denied knowledge of dual accounting and some 18 million euros ($20.1 million) in false invoices issued by the Bygmalion event-organisation company that meant his campaign costs were more than double the legal limit.

Four senior figures in the 2012 campaign have been placed under formal investigation - a prelude to a possible trial - for alleged political financing offences, including his campaign manager and treasurer.

In a book published last month, Sarkozy wrote: "It will no doubt be hard to believe, but I swear it is the strict truth: I knew nothing about this company until the scandal broke."

The magistrates have the option of placing Sarkozy under investigation or declaring him to be simply a witness in the case, as they did with former party leader Jean-Francois Cope last week. -Reuters