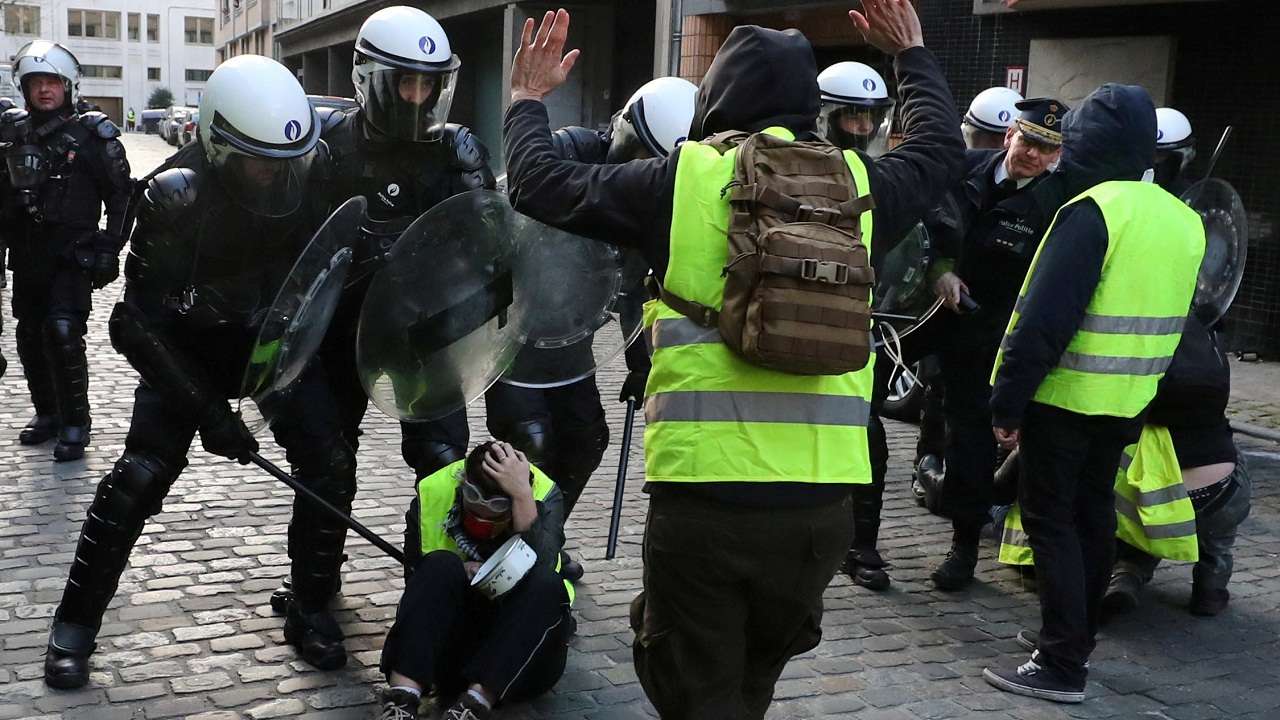 PARIS (Reuters) - French authorities have drafted thousands of additional police officers into Paris ahead of a third demonstration on Saturday by protesters angry at high fuel prices as security officials warned of renewed violence. For more than two weeks, the “yellow vests” have blocked roads across France in a spontaneous, popular rebellion against diesel tax hikes and the high cost of living. It has grown into one of the largest and most stubborn challenges Emmanuel Macron has faced in his 18-month-old presidency. A week ago thousands of protesters, who have no leader and have largely organised themselves online, converged on Paris for the first time, turning the Champs Elysees into a battlezone as they clashed with police firing tear gas and water canon. “We’re worried that small groups of rioters that aren’t yellow vests will infiltrate (the demonstration) to fight security forces and challenge the authority of the state,” said Denis Jacob, Secretary General of the Alternative Police union. “Given the high level of security around the Champs the fear is thugs will go to other places,” he said. Officials said they expected some 5,000 police and gendarmes in Paris, up from about 3,000 last Saturday. Another 5,000 will be deployed across the country for other yellow vests protests. Workmen erected metal barriers and plywood boards on the glass-fronted facades of restaurants and boutiques lining Paris’ most famous avenue. The Champs Elysees will be closed to traffic and pedestrians will be funnelled through checkpoints. “There’s a lot of incitement on social media and we are expecting excess and violence,” David Michaux of the UNSA Police union told Reuters, adding that far-right and far-left groups were expected. Three protests are officially planned across Paris on Saturday, including the “yellow vests”, a union protest against unemployment and a separate demonstration against racism. For now, the “yellow vests” — who take their name from the high-visibility jackets all motorists in France must carry in their vehicles — enjoy widespread public support. When they began, the protests caught Macron off-guard just as he was trying to counter a plunge in popularity, with his approval at barely 20 percent. His unyielding response has exposed him to charges of being out of touch with ordinary people.