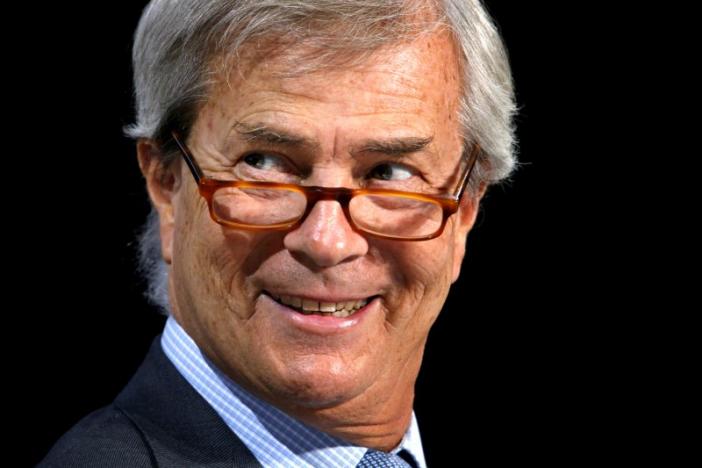 PARIS - French tycoon Vincent Bollore said on Monday that his investment company had raised its stake in Vivendi to above 20 percent, further tightening his hold on the French media group. The Bollore group will hold around 29 percent of the voting rights of Vivendi by April 20, 2017, taking into account the double voting rights of the shares it is buying, the statement said. Bollore, which held a 15 percent stake in Vivendi, said the share purchase notably reflected the settlement in cash of an existing hedging and financing on 34 million Vivendi shares and the acquisition of another 34.7 millon shares through a share loan agreement maturing on June 25, 2019. Under Bollore, who became chairman of Vivendi in 2014, Vivendi has built a stake in Telecom Italia (TLIT.MI) has and expanded in video games by taking over Gameloft GLFT.PA and buying a stake of 22.8 percent in Ubisoft (UBIP.PA) . "These operations reflect the confidence the Bollore Group has in Vivendi's potential for development and its willingness to remain as reference shareholder of the company in the long term," the statement said. By 0737 GMT Vivendi shares gained 1.30 percent at 18.215 euros while Bollore shares were up 1.25 percent "We see this more as a move to consolidate the long-term control of the company, perhaps for the benefit of the next generation of Bollores, rather than a conviction that certain share price drivers (recovery at Canal Plus) are about to turn positive," Kepler Cheuvreux analysts said in a note. "That said, the investment in Vivendi now represents close to 5 billion euros, more than half the market cap of Bollore group, so the long-term conviction can be said to be firmer than ever," the note added. -Reuters