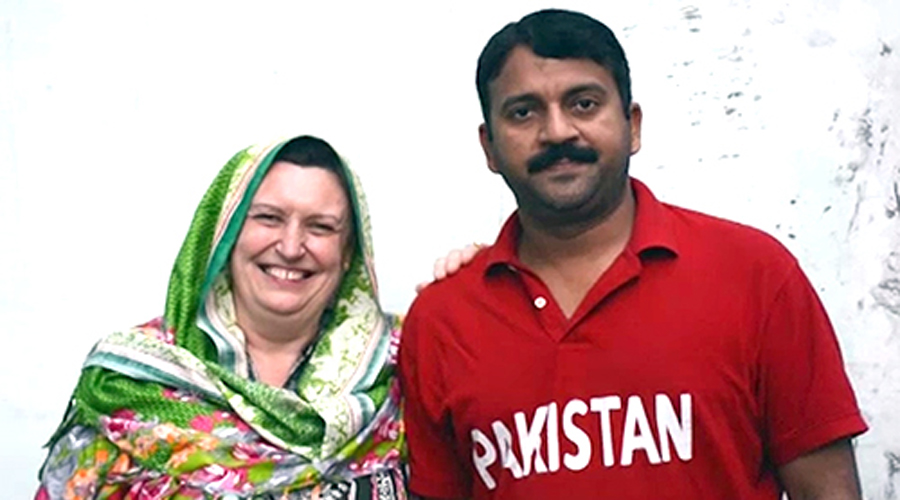 KHANPUR (92 News) – A 55-year-old French woman reached Khanpur on Saturday to marry a Pakistani man she met through social media. French woman Katherine also embraced Islam upon reaching Pakistan and changed her name to Ayesha Bibi. The French woman became friends with Pakistani citizen Mian Umair Ahmed on social media website Facebook four years ago and both of them decided to marry after falling in love with each other. Ayesha Bibi said that Pakistan is a beautiful country and people here are very nice. On the other hand, Umair is already married and is a father of a daughter but his family has no objection over his second marriage.