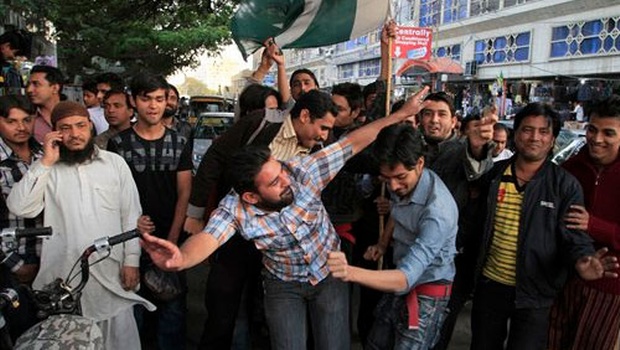 LAHORE (92 News) – Fans across the country celebrated Pakistan’s 29-run victory against South Africa in the crunch World Cup match on Saturday. A large number of citizens took to streets and danced to the beats of drums. Overjoyed people shouted slogans in favour of Pakistan to express their passion. People also distributed sweets among their friends and thanked Allah Almighty for the success. With downpour with intervals, people remained glued to television sets and cheered Pakistan as South African wickets fell.