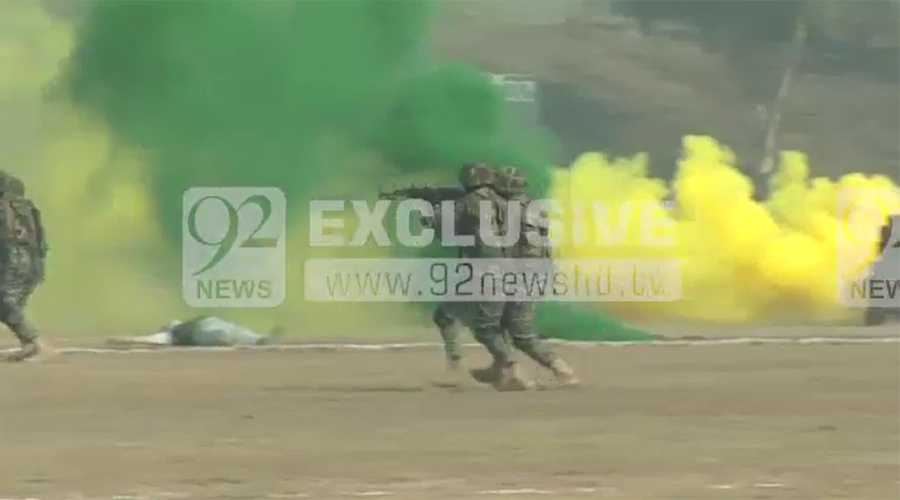 PESHAWAR (92 News) – The ceremony of Frontier Corps (FC) was held in Peshawar’s Captain Karnal Sher Khan Stadium on Saturday. The ceremony had performances of martial arts, Kalash dance and FC band. The female officials of FC expressed resolve to fight against the terrorists. Peshawar Corps Commander Lt General Hidayatur Rehman was chief guest on the occasion. Addressing the ceremony, the corps commander said that the terrorist hideouts in Pakistan have been destroyed. He said that the FC would cover the border management, and added that more wings of FC are being established.