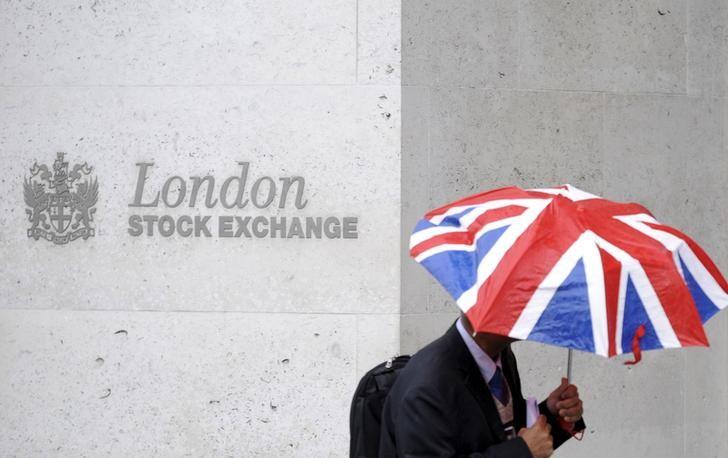 LONDON - Britain's top shares index rose on Wednesday, breaking off from a three-day losing run, as firmer mining stocks enabled the market to recover some ground. The blue-chip FTSE 100 index was up by 0.6 percent at 6,702.31 points in early trading, near one-month lows but still up around 7 percent since the start of 2016. Mining stocks were the best performers, with Glencore up 3.9 percent and Anglo American up 4.1 percent. The mining sector was lifted by firmer copper prices and data showing economic conditions in China - the world's second-biggest economy and the biggest consumer of metals - perked up in August. "We still favour the commodity sector, with Glencore being our top pick," said Roderic Owen-Thomas, director at London-based trading firm Mayfair Capital Limited. However, luxury goods group Burberry fell on the back of cautious updates from rivals such as Hermes and Richemont, with Hermes' shares sliding after the company scrapped its sales growth targets. Online grocer Ocado, which is in the FTSE 250 mid-cap index, also fell sharply for the second day in a row after broker downgrades following Ocado's warning earlier this week of pressure on its profit margins. The FTSE, along with world stock markets in general, has fallen over the last week due to uncertainty over when the U.S. Federal Reserve will next raise interest rates. However, the fact interest rates in Britain remain at record lows has enabled the FTSE to recover from June's shock 'Brexit' vote for Britain to quit the European Union, as those low rates have hit returns on bonds and cash and driven investors to the better returns available from the stock market. -Reuters