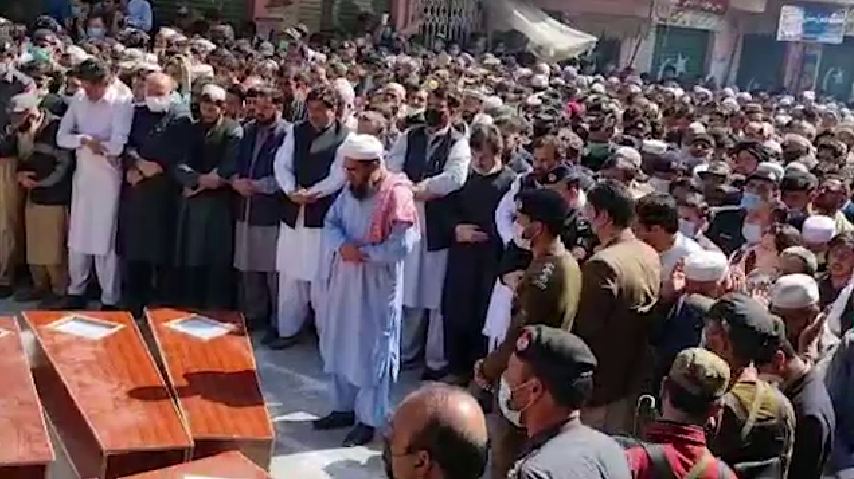 KOHAT (92 News) – Funeral for the murdered miners was held at District Headquarters Alpuri on Saturday.

A large number of people, including politicians, attended the funeral. After the funeral, locals staged a demonstration and demanded immediate arrest of the killers.

On Saturday, bodies of 16 kidnapped miners were recovered from Kohat after 10 years. The miners were kidnapped on September 29,2011.

The miscreants had buried the miners in a collective grave after the murder. The bodies found from Tor Chappar Jawaki area were exhumed. The bodies will be identified after the forensic and DNA reports.