Funeral prayer of Begum Kulsoom to be offered at 5pm today

Funeral prayer of Begum Kulsoom to be offered at 5pm today 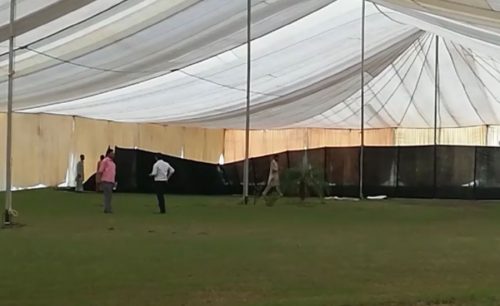 The funeral prayers of Kulsoom Nawaz would be lead by Maulana Tariq Jameel. Tariq Jameel has also been reached in Jati Umra. Kulsoom will be laid to rest near to Mian Sharif. 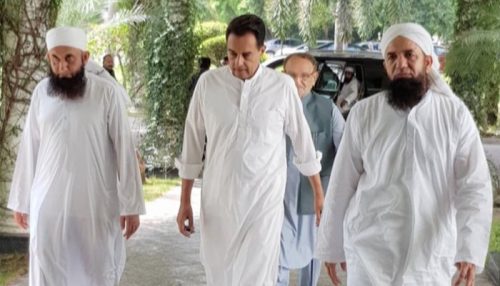 The dead body of Begum Kulsoom Nawaz was brought to Lahore from London by PIA flight today’s early morning. The PML-N workers began gathering at Sharif Medical City and heading to the parking area. Family members, including Nawaz, Maryam and Safdar, were present during the pre-funeral rites at Sharif Medical City. 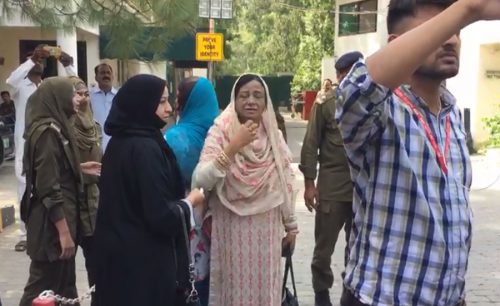 The PML-N workers broke the security measures over stopping them and reached outside Nawaz Sharif’s residence. The long queues of vehicles on the road, the workers are exchanging the harsh words due for stopping them. They also barred the vehicle of Tariq Jameel. 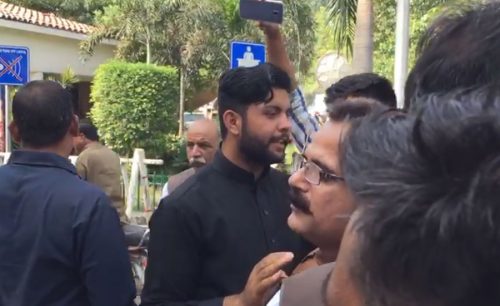 Earlier, Begum Kulsoom’s funeral prayers were also held at the Regent Park mosque in London. Apart from her sons and brother-in-law, the funeral prayers were attended by Dar, PML-N dissident Chaudhry Nisar and party workers. The dead body of Begum Kulsoom Nawaz was brought to Lahore from London by PIA flight today’s early morning. The body will be buried at a side of Mian Sharif. Most of the family has gone back to Jati Umrah. It is expected that the former prime minister and his daughter will be allowed to meet workers and leaders of the party at 10am or 11am. The security has been tightened for guarding the funeral prayers from any untoward incident. There will be 2,000 officers on duty during the funeral and 30 walk-through gates installed. 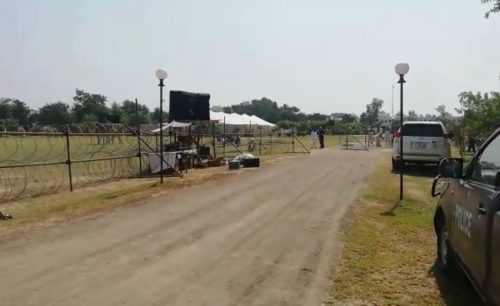 Leaders of the PTI and MQM will be among others attending the funeral. From the PTI, Punjab Governor Chaudhry Sarwar, Mehmoodur Rasheed, Mian Aslam Iqbal and other ministers will attend. Turkish President Tayyub Erdogan expressed condolence on the demise of Begum Kulsoom Nawaz. The Saudi envoy also sent condolence message from the Saudi king. Mamnoon Hussain, Maulana Fazlur Rehman including other political leaders also arrived at Jati Umra. Former prime minister Nawaz Sharif, daughter Maryam Nawaz and son-in-law Captain (retd) Safdar have been granted an extension in their parole and will be out of jail for five days. Their parole will end on September 17 at 4pm. The Punjab home department has issued a notification in this regard. They will stay within Jati Umrah and can meet people coming to condole with them. They will not be allowed to leave the area. Begum Kulsoom passed away on Tuesday, September 11, at the Harley Street Clinic in London after a prolonged battle with cancer.

Today each institution is fighting war of its survival, says Maryam Nawaz

Govt statements based on political hatred are against dignity of Pakistan: Shehbaz Sharif