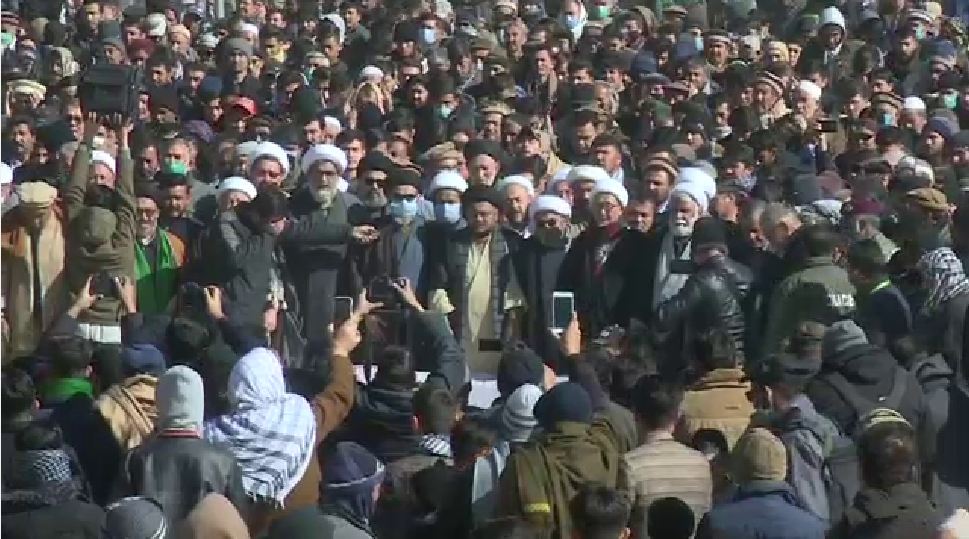 QUETTA (92 News) – Moving scenes were witnessed during the burial of the martyrs of the Machh tragedy in Hazara Town Graveyard on Saturday.

Allama Raja Nasir Abbas led the funeral prayers of the martyrs. The dead bodies were buried after successful talks with the government and participants of the sit-in.

On Friday night, the protesters had ended their sit-in after successful talks with Balochistan Chief Minister Jam Kamal and provincial ministers.