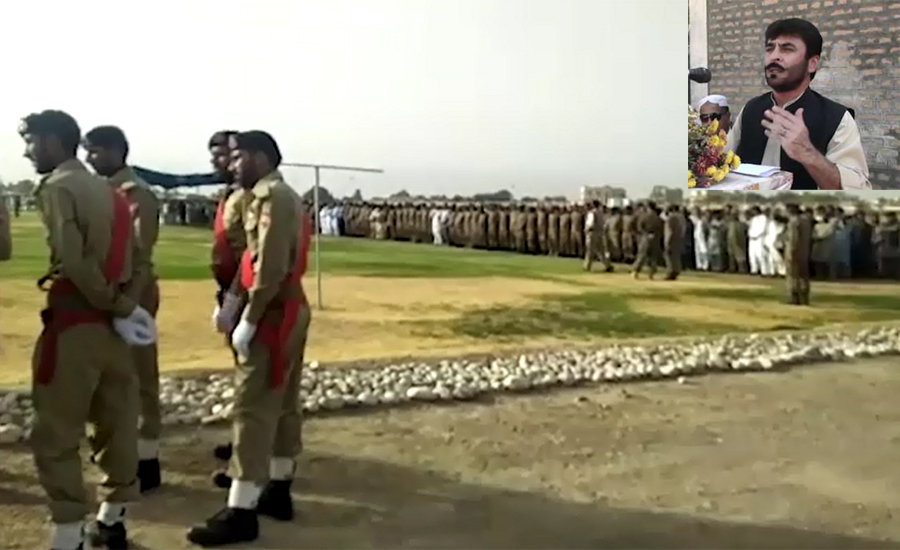 QUETTA (92 News) – Funeral prayers for Nawabzada Siraj Raisani, who was martyred in a suicide blast during an election gathering, were offered at Musa Stadium, Cantonment on Saturday. Later, he was laid to rest in his ancestral graveyard Kanak. A large number of people, including Chief of Army Stadium General Qamar Javed Bajwa, Commander Southern Command Lt Gen Asim Bajwa, high-ranking Army officials, Balochistan Caretaker Chief Minister Allauddin Mari, provincial ministers, Nawab Aslam Raisani and Nawabzada Lashkari Raisani, attended the funeral. All the shopping centres, bazaars and offices remained close due to martyrdom of 128 people in the suicide blast. The injured are being treated in different hospitals. Caretaker Prime Minister Justice (retd) Nasir-ul-Mulk has announced mourning across the country on Sunday. The Balochistan Awami Party has announced three-day and the Balcohistan government two-day mourning. Meanwhile, the Mastung Sadr police have registered a case of the suicide blast on the complaint of naib tehsildar. The case has been registered against unknown people under the ATA.