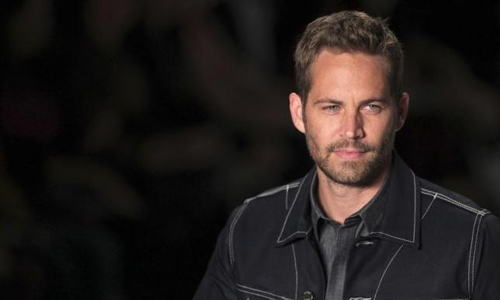 LOS ANGELES - When actors from the "Fast & Furious" films gathered recently in the parking lot at Dodger Stadium to promote the seventh installment, they spent a lot of time talking about a cast member who wasn't there: Paul Walker. The veteran of the action franchise died aged 40 in a car crash before filming finished for "Furious 7," which opens in U.S. theaters on Friday. Director James Wan and Universal Pictures decided to retire Walker's character, Brian O'Conner, in a way that his cast mates found, in their words, beautiful, emotional, joyful and respectful. Lead actor Vin Diesel, who had worked with Walker since the 2001 debut film "The Fast and the Furious," said audiences are likely to think the ending will make them sad. "It sounds crazy, but you leave the movie with tears of joy," Diesel told Reuters in the parking lot that reminded him of Walker, who played a former police officer on the team of street racers led by Diesel's character, Dom Toretto. "Everything reminds me of Paul," added the actor, who last month named his newborn daughter Pauline in memory of his friend. Jordana Brewster, who plays Brian's wife, Mia, said she watched the film only with her sister because she knew it would be tough to see. She said she felt proud because Walker's performance is "really, really good." "The tribute is also really beautiful and it's such a good representation of the 15 years of work he put into the franchise," said Brewster, who was also in the first film. Dwayne "The Rock" Johnson, who has been in the last three films, said an important part of the process was taking a break from production after Walker died in November 2013 and figuring out how to make the film work without him. "I loved the movie and the epilogue to it and I felt it was as elegant and respectful as it could possibly have been," said Johnson, who plays the government agent Hobbs. Tyrese Gibson was wearing a sweatshirt with Walker's face that a fan had given him. "I brought my brother with us," said Gibson, who plays the cocky racer Roman. When asked how he felt when he saw how the film wraps up Walker's participation, Gibson sighed and said "Oh my, it was emotional." "I think his brothers and family are going to appreciate it," Gibson added. "At this point, everything we do is on his behalf." - REUTERS