Future of two-state solution in Middle East in jeopardy: Kerry 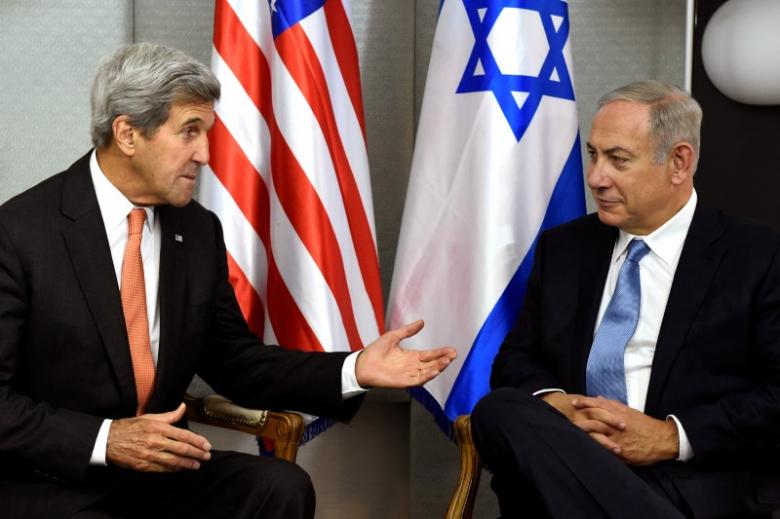 Future of two-state solution in Middle East in jeopardy: Kerry

WASHINGTON – US Secretary of State John Kerry warned on Wednesday that the future of a two-state solution to the Israeli-Palestinian conflict was in jeopardy, and laid out parameters for future peace talks, saying the United States could not stay silent.
In a speech just weeks before the Obama administration hands over power to President-elect Donald Trump, Kerry defended the U.S. decision to allow the passage of a UN resolution last week demanding an end to Israeli settlements, saying it was intended to preserve the possibility of a two-state solution. "Despite our best efforts over the years, the two-state solution is now in serious jeopardy," Kerry said in a speech at the State Department. "We cannot, in good conscience, do nothing, and say nothing, when we see the hope of peace slipping away." "The truth is that trends on the ground – violence, terrorism, incitement, settlement expansion and the seemingly endless occupation – are destroying hopes for peace on both sides and increasingly cementing an irreversible one-state reality that most people do not actually want." Kerry's parting words are unlikely to change anything on the ground between Israel and the Palestinians or salvage the Obama administration's record of failed Mideast peace efforts. His impassioned speech comes less than a week after the United States abstained in the Dec. 23 U.N. resolution, in what many see as a parting shot by U.S. President Barack Obama who had an acrimonious relationship with Prime Minister Benjamin Netanyahu. Trump, who has vowed to pursue more pro-Israeli policies, had urged the United States to veto. –Reuters