RAWALPINDI (92 News) – On the directives of Chief of Army Staff General Raheel Sharif, the Frontier Works Organization (FWO) took up the challenge to connect Gwadar Port with the entire country by a road network, which later will become part of western alignment of the China-Pakistan Economic Corridor (CPEC). According to a press release issued by the Inter Services Public Relations, the strategic and economic stature is same of Karakoram Highway (KKH). Six military personnel and 10 civilian employees embraced martyrdom while 29 were severely injured in the line of duty. Meanwhile, 136 terrorism incidents occurred during the project. The project encompasses the construction of 870 kilometers of road, which was approved in February 2014 and the FWO units reached site in March 2014. Presently 11 units are working on Balochistan projects. Unprecedented efforts were made for mobilization of manpower and equipment at the project sites and to date 502 kilometers of road has been completed in less than one and a half years. The FWO is fully cognizant of the importance of these projects and fully committed to live up to its traditions and complete the project in the stipulated time without compromising on the quality of the work. 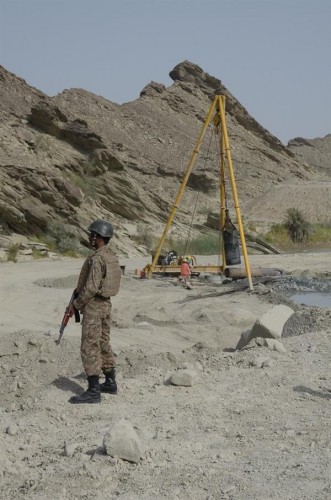 The construction of these roads will link Gawadar Port with up country by multidimensional routes i.e Chaman through N-25, Dera Ismail Khan through N–50 and Indus Highway N–55. It is pertinent to mention that average progress of work is approximately 1.5 kilometers per day on international standards which is unprecedented in field of road construction throughout the world.