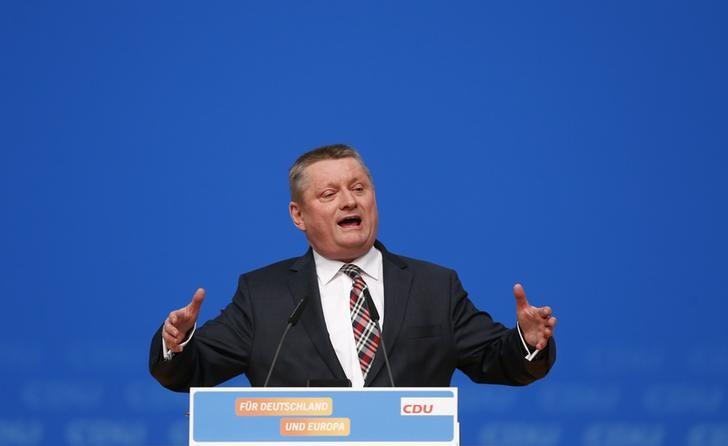 STUTTGART, Germany – The world risks a return to the pre-penicillin era if leading nations do not cooperate to combat the threat from antibiotic-resistant bugs and means are not found to finance research into new, more effective medicine, Germany's health minister said.

Speaking ahead of Friday's first meeting of health ministers from the Group of 20 leading developed and developing economies, Hermann Groehe said more collaboration was needed to minimize the risk posed by possible pandemics.

"There must be no return to the pre-penicillin era," he told Reuters in an interview authorized for publication on Thursday.

"It would be a dramatic development if such an important weapon against dangerous pathogens were taken from us ... (It would mean) that we could lose a weapon against even minor infectious diseases," Groehe said.

Antibiotics such as penicillin are among the greatest medical advances of human history, rendering curable countless bacterial infections that had always previously amounted to a death sentence.

But decades of over-prescription, for example to speed growth in animal husbandry or to treat human illnesses for which antibiotics have no effect, have led to the evolution of resistant strains of many bacteria.

A European Union report last year found that newly resistant strains of bacteria were responsible for more than 25,000 deaths a year in the 28-nation EU alone.

Groehe said ways to foster research could include patent terms to reward pharmaceuticals companies that developed new antibiotics and also various forms of public-private partnership in which companies would be paid a premium for new antibiotics.

The mere fact of having the discussion would help raise public awareness of the challenge, he added.

"We need more education in all health professions, looking at the use of antibiotics and enlightened patients who don't nag the doctor to prescribe them antibiotics even in cases where they wouldn't even help," he said.