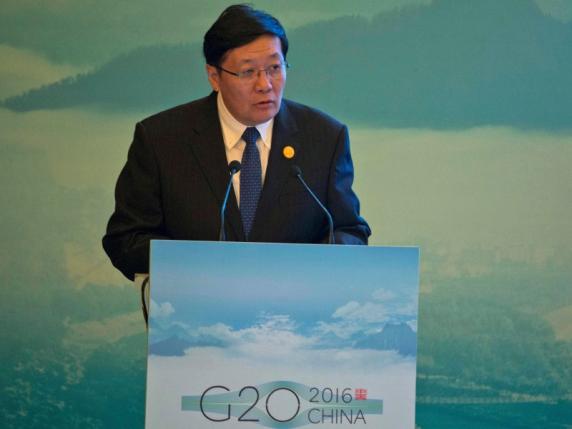 CHENGDU, CHINA – The world's leading economies will do more to lift global growth and share the benefits more broadly, top policymakers said on Saturday as they sought to deal with fallout from Britain's Brexit vote and counter dissatisfaction with globalization. Finance ministers and central bankers from the Group of 20 nation are huddling in China's southwestern city of Chengdu this weekend to discuss how to confront global challenges exacerbated by Britain's decision to leave the European Union. The specter of protectionism, highlighted by U.S. Republican presidential candidate Donald Trump's "America First" rhetoric and talk of pulling out of trade agreements, also hangs over the meeting. "The recovery continues but remains weaker than desirable. Meanwhile, the benefits of growth need to be shared more broadly within countries to promote inclusiveness," the G20 ministers said in a draft communique seen by Reuters on Saturday. The draft, which is subject to change before it is expected to be issued at the end of the meeting on Sunday afternoon, said Brexit added to uncertainty in the global economy but G20 members were "well positioned to proactively address the potential economic and financial consequences". U.S. Treasury Secretary Jack Lew said it was important for G20 countries to boost shared growth using all policy tools, including monetary and fiscal policies as well as structural reforms, to boost efficiency. "This is a time when it is important for all of us to redouble our efforts to use all of the policy tools that we have to boost shared growth," Lew told reporters. Chinese Finance Minister Lou Jiwei called for more coordination to promote sustainable growth, as fiscal and monetary tools were becoming less effective. "G20 countries should increase policy communication and coordination, form policy consensus and guide market expectations, making monetary policy more forward-looking and transparent and increase the effectiveness of fiscal policy," Lou said. BREXIT The G20 meeting was the first of its kind since the Brexit vote and a debut for Britain's new finance minister, Philip Hammond, who is likely to be grilled about the UK's plans for keeping up economic growth in the wake of Brexit. The International Monetary Fund this week cut its global growth forecasts because of the Brexit vote, saying that uncertainty over Britain's future trade relationship with Europe will stall investment and sap consumer confidence. Data out of Britain on Friday seemed to bear out fears, with a business activity index posted its biggest drop in its 20-year history. And Hammond said on Friday the UK could reset fiscal policy if necessary. European officials were keen for more information. "Brexit has already had an impact. All international organisations and governments are revising downwards their growth projections due to Brexit-related uncertainty and impact on demand. So this is already a problem," Italian Economy Minister Pier Carlo Padoan told Reuters. "I hope that there is going to be clarification about the timing and process of the divorce. The sooner the better so this generates a new equilibrium." French Finance Minister Michel Sapin said even though Britain was not prepared for Brexit, its response time should not be indefinite. CURRENCIES Lew, in a bilateral meeting with Japanese Finance Minister Taro Aso, reiterated the need for G20 members to refrain from competitive devaluations. Regarded as a safe haven at times of market turmoil, the yen JPY= strengthened to around 100 to the dollar after the Brexit vote, much to the chagrin of Japanese officials, although it has since eased back to around 106 per dollar. Markets are speculating about a further expansion of the Bank of Japan's massive stimulus programme at a July 28-29 policy review, with the yen's strength this year hitting exports and undermining efforts to escape deflation. Bank of Japan Governor Haruhiko Kuroda said on Saturday he would ease policy further if necessary to achieve its 2 percent inflation goal, but again shrugged off talk of the BOJ taking the radical policy step of "helicopter money." "If it means that central banks are directly underwriting government bonds, or managing monetary and fiscal policies as one, that would be prohibited in Japan as well as other advanced economies, as lessons from history tell us," he said. –Reuters