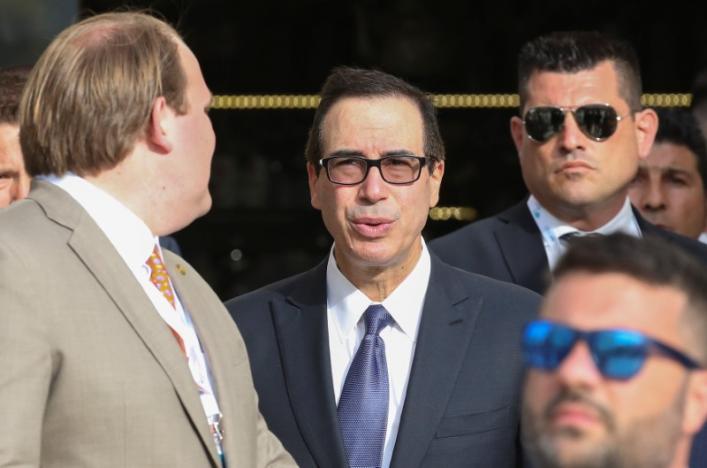 BARI - Finance chiefs from the G7 begin a two-day meeting in Italy on Friday, with Europe, Japan and Canada hoping to come away with a clearer picture of US President Donald Trump's direction on important policies that he has yet to spell out.

The official agenda for Group of Seven finance ministers and central bankers who arrived in the Adriatic port city of Bari on Thursday focuses on inequality, international tax rules, cyber security and blocking the funding of terrorism.

However, many participants will be looking to US Treasury Secretary Steven Mnuchin to gauge US intentions on issues where Trump has threatened to upset the group's consensus: protectionism and climate change.

"It will be another chance to learn what the US government is thinking and planning," said a G7 official at one of several briefings by national delegations this week.

At a meeting of the larger Group of 20 finance ministers in Germany in March, ministers dropped their traditional pledge to keep global free trade open, bowing to an increasingly protectionist United States.

Trump will decide whether to quit the global Paris agreement on climate change - a campaign promise - after meeting leaders at a G7 summit on May 26-27, the White House has said.

A US Treasury spokesman said Mnuchin will brief his counterparts in Bari on the Trump administration's still-emerging plans to revamp the US tax system - with major cuts for businesses - and ease regulatory burdens.

Reflecting tensions over Trump's attitude to protectionism, there will be no formal discussion of trade in Bari, Italian Treasury officials said. However, the US Treasury spokesman said the issue was likely to come up in bilateral talks.

The closing statement from Bari will reiterate a warning against competitive devaluations, Italian officials said, as March's G20 did, allaying fears that the new US administration might weaken the G20's united front on global currency policy.

The G7 will kick off on Friday with an early morning discussion of Greece's debt ahead of a May 22 meeting of euro zone finance ministers on the disbursement of new loans, French officials said.

Greece's creditors, including the European Central Bank and the International Monetary Fund, will be in Bari. The IMF is pushing for rapid debt relief measures for Greece, but euro zone governments say this is still premature.

The meeting on Greece will be followed before lunch by a discussion on "inclusive growth" and fighting inequality, a theme which Italy was particularly keen to make a major focus.

At a bilateral meeting on Thursday ahead of the G7, Italy's finance minister Pier Carlo Padoan sought to reassure Mnuchin about the state of Italy's banks, an Italian official present at the meeting said. Italian banks are saddled with about 350 billion euros ($380 billion) of bad debt, a third of the euro zone's total. -Reuters