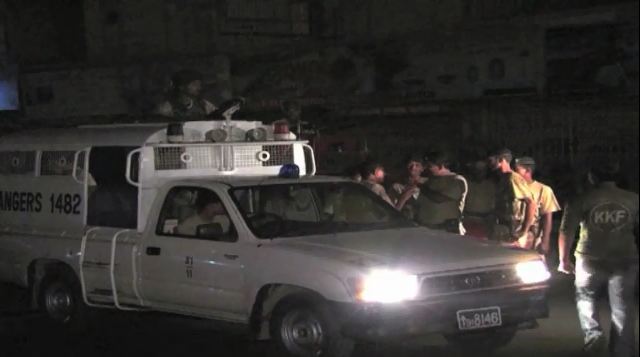 KARACHI (92 News) – At least 32 suspects including patron of gambling dens and street crimes accused were detained in several incidents on Saturday. As per details, police detained four suspects after shootout in the Pehalwan Goth and Eidgah and recovered weapons from their possession. Police officials said that the suspects were involved in different crimes. In another incident, police conducted a raid in Shah Faisal and Tipu Sultan and nabbed eight suspects, while seized weapons from their possession. Meanwhile, Sindh Rangers conducted an operation in PIB Colony arrested 20 suspects and started investigation.