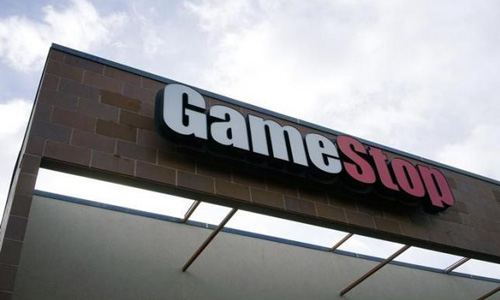 TEXAS - GameStop Corp's full-year profit forecast missed Wall Street expectations as the dollar strengthened and demand for new PlayStation 4 and Xbox One consoles failed to make up for falling sales of earlier versions. Shares of the world's largest retailer of video game products, which also reported a quarterly profit that missed estimates, fell 6 percent in after-market trading on Thursday. Demand for Microsoft Corp's Xbox One and Sony Corp's PlayStation 4 consoles have also cooled off since the holiday shopping season. Both consoles were hugely popular in the year following their launches in November 2013. The sales decline for older-generation hardware is more rapid now, Telsey Advisory Group analyst Joseph Feldman said. "It just feels like things are going to be a little bit softer than what the initial model had projected." The eighth-generation video game consoles followed PlayStation 3 and Xbox 360. GameStop, which reported a 30.2 percent drop in new video game hardware sales in the fourth quarter ended Jan. 31, expects older hardware sales to fall more than 50 percent in 2015. The company is betting on PS4 and Xbox One software and mobile sales to make up for weak demand for consoles. GameStop, which procured 163 leases from RadioShack Corp's bankruptcy and are converting most of them into AT&T stores, expects to more than double its technology brands business in 2015, Chief Financial Officer Robert Lloyd said. "We see substantial revenue growth in technology brands." The company sells smartphones and tablets under its technology brands business through stores such as Simply Mac which offers Apple Inc products, and Spring Mobile, an AT&T Inc reseller. GameStop, which sells one out of two PS4 and Xbox games in the United States, expects to be boosted by new Mortal Kombat and Batman games in the coming months. GameStop forecast earnings of $3.60-$3.80 per share for full-year 2015. Analysts on average were expecting $4.04 per share, according to Thomson Reuters I/B/E/S. GameStop said it expects a strong dollar to hurt profit by 6-9 cents per share for the full year. A majority of analysts polled by Reuters were "confident" the dollar's rally would continue mostly unabated through this year. Excluding items, the company earned $2.15 per share, below analysts' average expectation of $2.17 per share. Sales fell 5.6 percent to $3.48 billion, below the $3.6 billion analysts had expected. - REUTERS