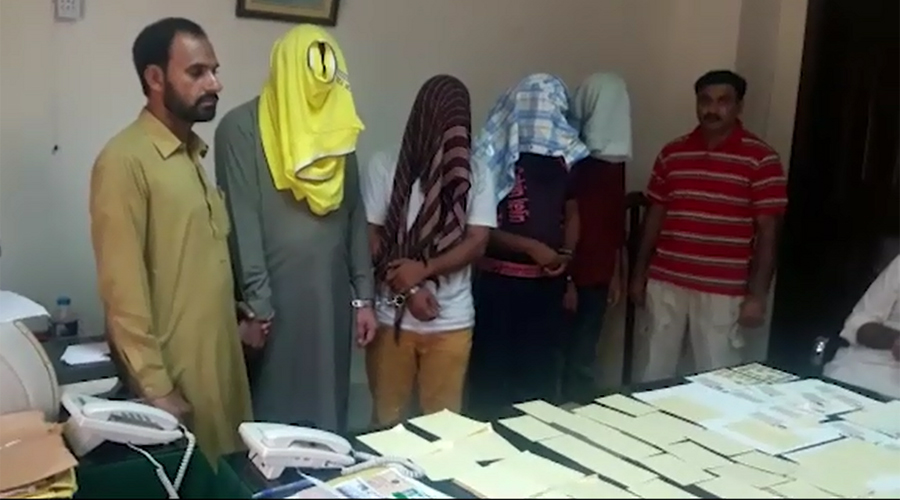 LAHORE (92 News) – A gang involved in seeking asylum fraudulently for Pakistani citizens in European countries was busted at Allama Iqbal International Airport on Saturday. The accused ran a courier company in the Gulberg area. On a tip-off, a parcel booked by Shaheen Cargo Services was opened and it contained fake identity cards of different European countries, visas, stickers and threatening letters of the Tehreek-e-Taliban Pakistan. The recovered items had been wrapped in several plastic sheets so that nothing could be found during scanning. The FIA officials raided Eden Center, Gulberg and arrested the ringleader Saeed Chahal, Nadeem Akram, Muhammad Daniyal and Adnan. During preliminary investigations, it was known that the accused transferred Pakistani citizens to European countries via Iran, Turkey and Greece. The required documents were sent to the smuggled people via Dubai Air Cargo. The FIA has registered the case and started investigations.