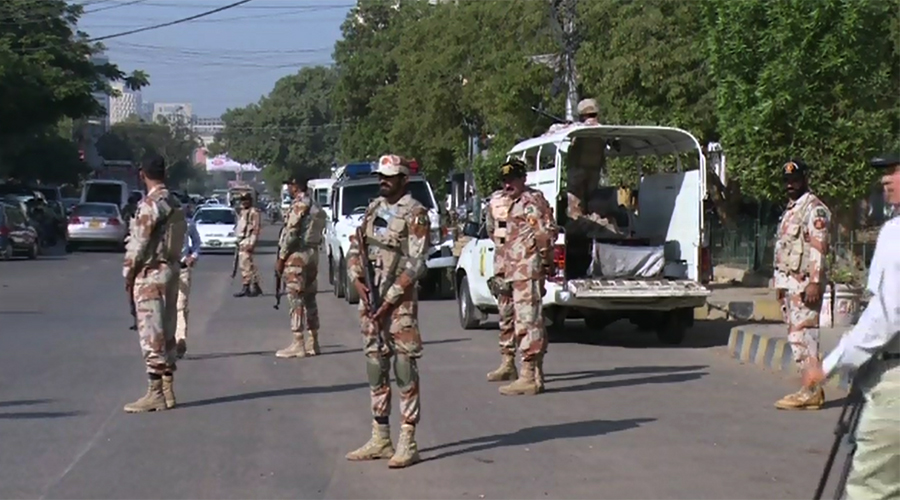 KARACHI (92 News) – Sindh Rangers have on Thursday gunned down two gang war criminals and 14 others injured during operations in Karachi’s different areas. As per details, on a tip off the presence of gang war criminals in the area, Rangers carried out a raid in Lyari Chakiwara. During the raid, the criminals hiding in the area opened firing on police party, in retaliation two terrorists were killed while two others managed to flee. Rangers spokesman said that the killed accused belonged to gang war ringleader Ustad Taju of Yousaf Pathan group and weapons were also recovered. On the other hand, two drug peddlers were arrested during a raid in Pak Colony, while 50 drug addicts were also detained. The arrested drug addicts were shifted to Edhi Home for rehabilitation. In another incident, Police have nabbed four accused involved in the street crime after alleged encounters, while weapons and looted items from the possession of criminals.