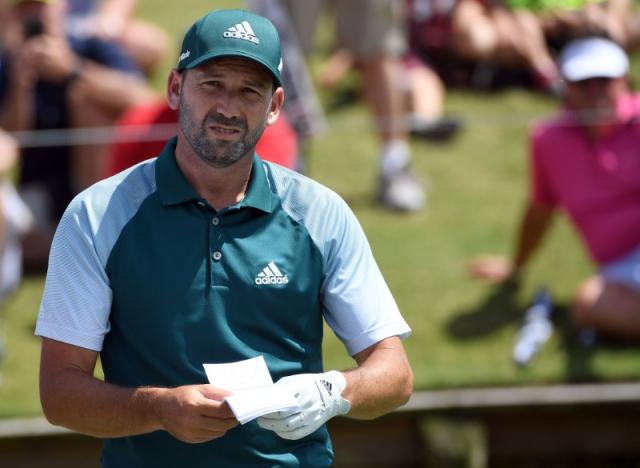 FLORIDA - Masters champion Sergio Garcia recovered from a slow start and found his old form to storm into contention at The Players Championship where a victory could enhance his special 2017 season.

Garcia seized his long awaited Major title by winning the US Masters last month and now has his eyes set on the PGA Tour's flagship event where the Spaniard is five-under-par and just four shots off the lead.

A 2008 Players Championship winner and frequent contender in the tournament, Garcia enters Sunday's final round with new-found status to match his strong history at TPC Sawgrass. "I've told you guys many, many times it's one of my favourite golf courses we play all year, and for some reason I can see what I want to do," Garcia told reporters.

"I just like the golf course. I've been fortunate to be very successful here."

Garcia's week got off to a slow start when he battled to a one-over-par 73 on Thursday, which featured a hole-in-one on the island green par-3 17th hole. He has since found his old form, culminating with Saturday's five-under 67 that vaulted him up the leaderboard.

"I felt like a little bit in chains on Thursday because of how overwhelming everything has been," Garcia said. "I was thinking, 'come on, you have to play well after winning the Masters.' I probably put a little too much pressure on myself."

Garcia, 37, is still basking in the glory that came with his Masters triumph and has brought the Green Jacket with him to Ponte Vedra Beach, Florida.

Now he will attempt to create another memorable moment and build on his growing resume. With a win, Garcia would join Tiger Woods (2001) as the only player to win the Masters and the Players Championship in the same year. "I've always been confident with myself, always believed in the ability that I have," Garcia said. "I'm not going to lie (though), it does help (my confidence) to win a Major." -Reuters