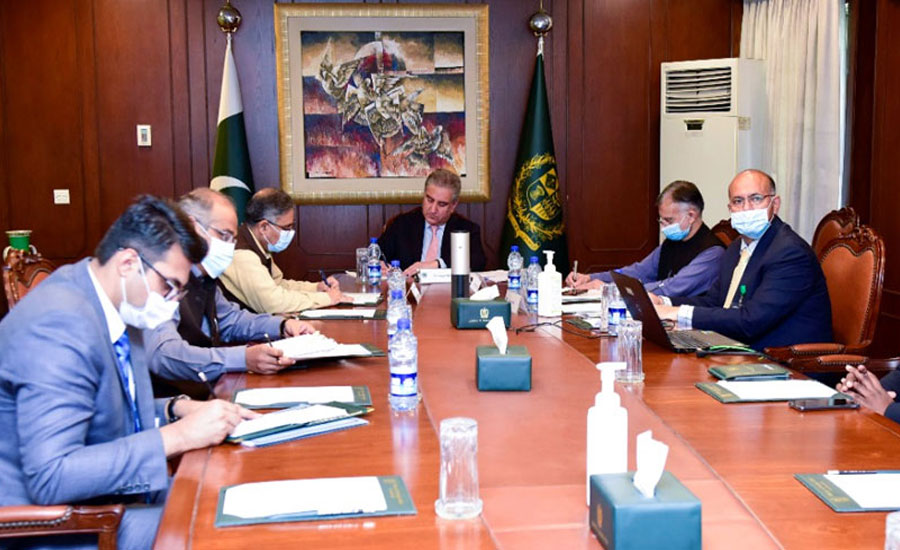 Addressing an emergency meeting of the OIC, the foreign minister lambasted Israel for its tyrannical measures, which include bombing Gaza and killing scores of innocent children. He condemned Israel's massacre in Gaza in strong words, urging the international community to take steps to stop the genocide in Palestine immediately.

FM Qureshi also reiterated Pakistan’s support for Palestine and asked for an end to the indiscriminate use of violence by Israeli forces.

"There are no words to condemn the barbaric, systematic oppression against civilians in Gaza.The violence is against international and humanitarian laws. “Attacks on worshippers in Al-Aqsa mosque, and violating its sanctity…death and destruction in Ramazan and Eid is unacceptable. It was up to the international community to take concrete measures to stop the bloodbath in Palestine."

the foreign minister said that Pakistan initiated resolutions as a member of UNSC to preserve the sanctity of worship places, and violating it is against international law. He asked for the international community to protect Palestinians from violence, and implementation of resolutions by UNSC and UNHCR for a peaceful solution to the conflict.

FM Qureshi said that Israel cannot be allowed to continue its “crimes against humanity” with impunity, which is against international conventions. He also thanked the OIC for arranging an emergency meeting to condemn Israeli atrocities in the region.

#OIC holds emergency meeting today in Jeddah to discuss Israeli aggression in Al-Aqsa. The opening session of the meeting could be watched live now on the OIC website https://t.co/sexq8a1JZr. #AlAqsaMosque #FreePalastine #Palestine pic.twitter.com/6DUjZd5M7c