Gazprom executive to meet EU antitrust chief, may have to improve concessions 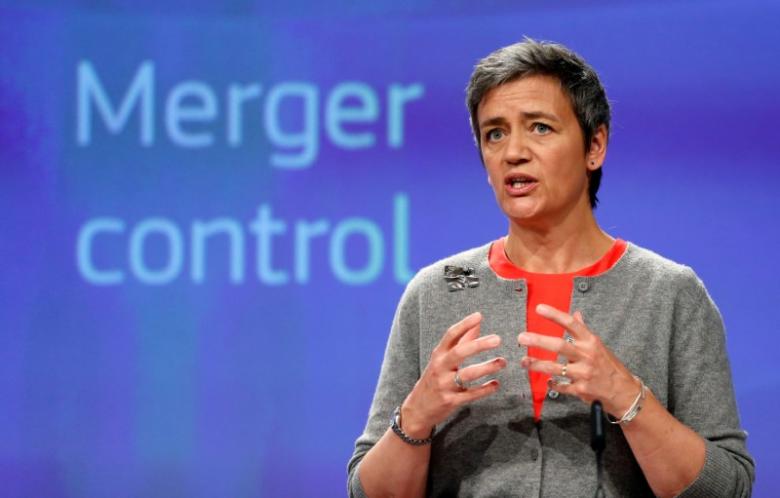 Gazprom executive to meet EU antitrust chief, may have to improve concessions

BRUSSELS - Gazprom's deputy chief executive will meet EU antitrust chief Margrethe Vestager on Monday who may ask the Russian gas giant to improve its concessions aimed at ending a six-year-long investigation, a source close to the matter said on Sunday.

State-controlled Gazprom, which supplies a third of the EU's gas, offered in March to scrap business practices and a pricing policy seen by the European Commission as anti-competitive in a bid to stave off a possible fine.

These included terms barring countries from exporting its gas to other countries; tying contracts to investments in pipelines; and monopoly pricing in the three Baltic states, Bulgaria and Poland.

Gazprom's concessions include letting clients renegotiate decades-long, oil-indexed contracts, with prices linked to benchmarks such as European gas market hubs and border prices, including in Germany.

The EU competition enforcer subsequently sought feedback from Gazprom's clients and rivals. Some, such as state-run Polish oil and gas company PGNiG, said the offer should be rejected and Gazprom should be punished with a hefty fine.

Vestager may demand some changes to Gazprom's concessions at the meeting with Alexander Medvedev, the source said.

The Commission confirmed the meeting but did not provide details. The EU executive is not likely to bow to pressure from Gzaprom's foes and scrap the deal, underlying the thaw in business ties between the bloc and Russia despite tensions over Ukraine and Syria.

Vestager's relatively flexible line with Gazprom is in sharp contrast with her tough approach towards other giants such as Alphabet Google over its internet search practices and Apple over its sweetheart deal with Ireland. -Reuters