Geely's Volvo and Autoliv team up in autonomous driving 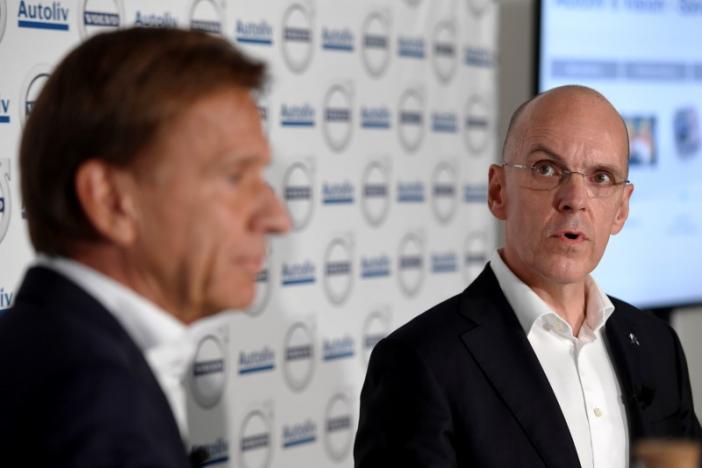 Geely's Volvo and Autoliv team up in autonomous driving

STOCKHOLM - Chinese-owned Volvo Car Group and auto safety group Autoliv said they would form a joint venture to develop autonomous driving software as automotive firms across the industry race to embrace the emerging technology. The two Sweden-based companies said in separate statements the new company would have an initial work force of about 200 staff taken from both parent companies, a number that would increase to more than 600 over the medium term. The joint venture, which is to be headquartered in Gothenburg, Sweden, and had yet to be named, will develop advanced driver assistance systems (ADAS) and autonomous drive (AD) systems for use in Volvo Cars. The technology developed by the joint venture, which was expected to begin operations early next year, would also be sold by Autoliv to carmakers globally, with revenues shared by both companies, they said. "By combining our know-how and resources we will create a world leader in AD software development. This means we can introduce this exciting technology to our customers faster," Volvo Cars Chief Executive Hakan Samuelsson said. The collaboration with Autoliv and Volvo Cars is the latest step in a high-tech push by the Swedish carmaker in an industry scrambling to adopt the latest technology and where autonomous driving is seen at the forefront. Last month, Volvo agreed a $300 million alliance with Uber to develop self-driving cars. Volvo also said it would hire about 400 engineers over the coming year to bolster development mainly in software, in its biggest ever recruitment drive. Volvo, bought by China's Zhejiang Geely Holding Group Co. from Ford Motor Co. in 2010, and Autoliv said they expected the first ADAS products from the joint venture to be available for sale in 2019 while the AD technology would be ready by 2021. -Reuters