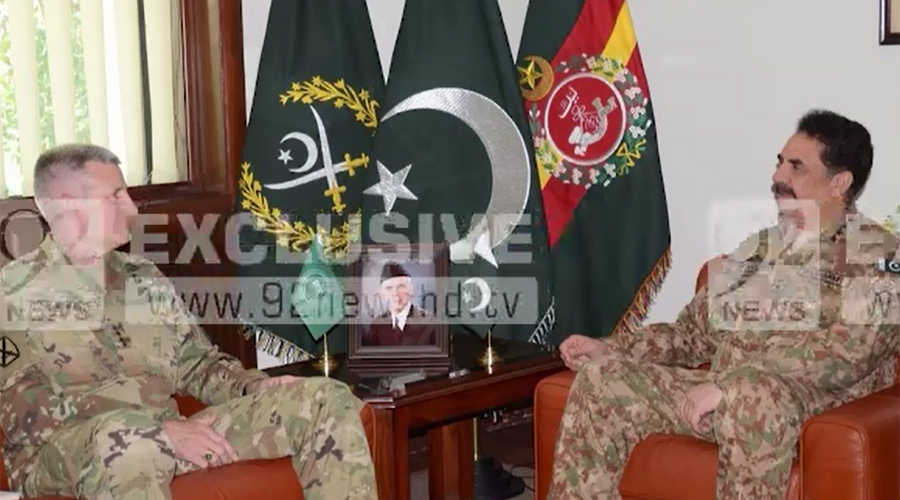 RAWALPINDI (92 News) – General John Nicholson, Commander Resolute Support Mission in Afghanistan, called on Chief of Army Staff General Raheel Sharif at GHQ on Wednesday. They discussed regional security and matters of mutual interest. They also discussed to improve arrangements at the Pak-Afghan border. Both the leaders exchanged views about durable peace in Afghanistan. General John Nicholson appreciated the role of Pak Army in breaking the nexus of terrorists. He said that Pak Army’s efforts for peace in the region are laudable.