SYDNEY (92 News) - She’s never played one-day international cricket, but Georgia Wareham put herself in the mix for the first fixture against Pakistan with a five-wicket haul in a warm-up game.

The ICC Women’s World T20 2018 is just around the corner, and Australia have a series of three ODIs – as part of the ICC Women’s Championship – and three Twenty20 Internationals lined up in Kuala Lumpur against Pakistan. In the only warm-up game before the first ODI on 18 October, the Australians took on Malaysian Cricket Club Under-17 Boys and won by 89 runs. Ellyse Perry led the batting effort with 45, before Wareham returned 5/19 to skittle the opponents. “It was really good getting back into one-day cricket and to get a few wickets under my belt was really good,” said Wareham, the 19-year-old leg-spinner who has played just three T20Is to date, picking up two wickets. 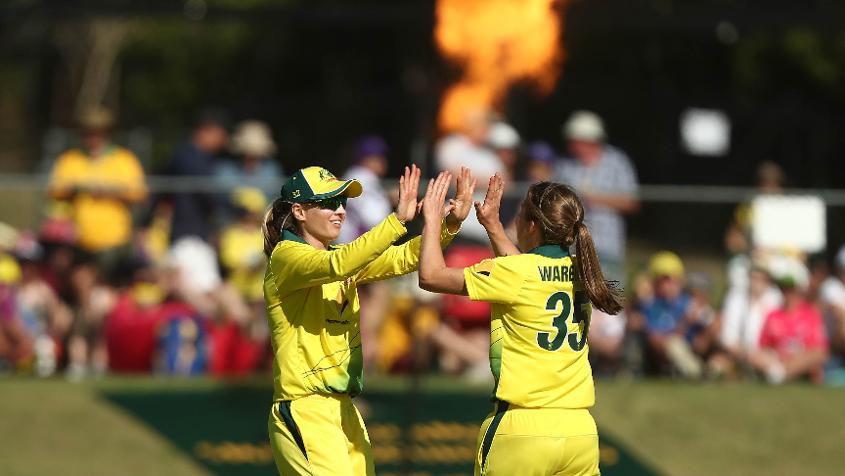 “We're really looking to build on the series against New Zealand [Australia swept the T20Is 3-0], and getting back into the one-day stuff to put together a perfect game in all three aspects.” Though happy with results, Wareham isn’t completely satisfied with her bowling yet. “The ball could be coming out better, it always can be. But I just need to back myself going forward. For me, it's about being really attacking with the ball and looking to really spin the ball and create chances,” she said. “It's really hot, really hot and humid, but the decks tend to be quite spin friendly [in Kuala Lumpur].”