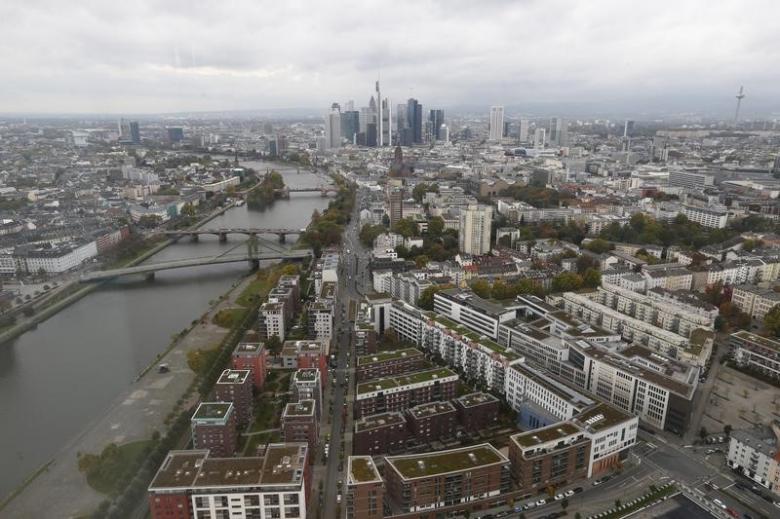 BERLIN - The German economy defied increased political risks and picked up speed in the first quarter of 2017 as companies invested more, consumers and the state continued to spend and exports soared despite the threat of rising protectionism.

Europe's biggest economy grew by 0.6 percent in the quarter from the quarter before, when it expanded 0.4 percent, the Federal Statistics Office said on Friday.

That was the strongest quarterly growth rate since the first quarter of 2016, when the economy grew 0.7 percent. It was in line with the consensus forecast in a Reuters poll.

The figures are the latest in a batch of solid data that are likely to help Chancellor Angela Merkel and her center-right CDU/CSU bloc to burnish their economic credentials before a Sept. 24 federal election, when she will seek a fourth term.

Merkel's conservatives have already widened their lead in opinion polls over the main opposition Social Democrats (SPD), who are junior partners in the current coalition and want to replace Merkel with their chancellor candidate, Martin Schulz.

"A boom without end in Germany ... and despite all the risks," Bankhaus Lampe analyst Alexander Krueger said, calling it a good sign that the upswing was based on a broad foundation.

"However, it should be noted that the economy would be humming less without the support of interest rates, which are too low for Germany," he added, in reference to the European Central Bank's ultra-loose monetary policy.

The Federal Statistics Office said investments in buildings and equipment grew strongly, partly due to a mild winter, while households and state authorities increased their expenditures slightly at the beginning of the year.

He added that numerous risks, such as U.S. President Donald Trump's protectionist threats and the uncertain outcome of Brexit negotiations, had not slowed growth so far.

"Companies are increasing their spending on machinery and equipment in order to seize the opportunities of digitisation, remain internationally competitive and drive innovation."

"Unemployment is low, publics finances are sound, tax revenues are soaring - and countries like France, Italy and Spain also benefit from our success thanks to rising imports of intermediate goods," BGA head Anton Boerner said.

The data also underlines the strength of the German economy compared with its peers.

For Italy, the third-biggest economy in the 19-member bloc, the national central bank has projected quarterly growth of 0.2 percent. Preliminary data are due next Tuesday.

The Spanish economy powered ahead, however, with a stronger-than-expected growth rate of 0.8 percent in the first quarter, above the euro zone average of 0.5 percent.