German growth expected to halve in 2017 as Brexit bites 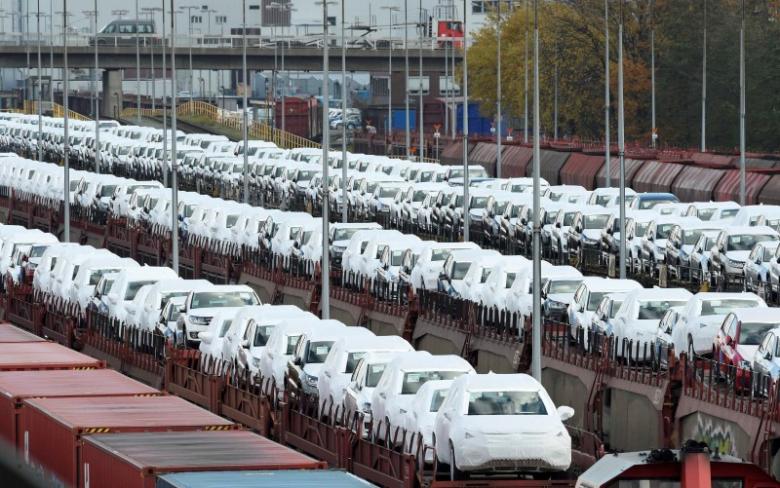 German growth expected to halve in 2017 as Brexit bites

BERLIN - German economic growth will nearly halve in 2017 as Brexit and other risks hit exporters, the DIW institute said on Thursday, although it predicted a pick up to 1.9 percent this year due to strong domestic demand. The subdued outlook followed a string of economic data which painted a bleak picture for German manufacturing, with industrial orders barely rising in July and output posting its steepest drop in nearly two years. "The German economic engine is likely to start stuttering for a while," DIW said in a statement, adding that Britain's decision to leave the European Union would limit Germany's growth prospects in the coming months. "The Brexit decision is likely to put the brakes on German foreign trade until the middle of 2017," the institute said. Britain is Germany's third-most important export market and uncertainty about London's future relationship with the remaining 27 EU members is hampering investment decisions. DIW raised its 2016 growth forecast for the German economy to 1.9 percent from 1.7 percent, mainly due to a surprisingly strong performance in the first six months of the year. But it lowered its 2017 growth forecast for Germany to 1.0 percent from 1.4 percent, also citing special factors such as more holidays falling in working weeks next year. Brexit is expected to cost the German economy 0.3 percentage points of overall growth next year, DIW head Marcel Fratzscher said. The lower number of working days in 2017 will reduce the overall growth rate by another 0.4 percentage points, he added. Other leading institutes are a bit more optimistic. The RWI think tank said on Thursday it expected the German economy to grow by 1.9 percent this year and by 1.4 percent next. The Kiel-based IfW institute forecasts only a mild economic slowdown to 1.7 percent in 2017 from 1.9 percent this year. TAX CUTS VS INVESTMENTS Speaking in the Bundestag lower house of parliament, Economy Minister Sigmar Gabriel confirmed the government's growth forecast of 1.7 percent this year. This would be on a par with last year when the German economy grew by the strongest rate in four years, mainly driven by soaring private consumption and higher state spending. Gabriel, also head of the Social Democrats, called for more investment in childcare, education and digital infrastructure instead of using the federal budget surplus for tax cuts after next year's election - as suggested by conservative Finance Minister Wolfgang Schaeuble. -Reuters