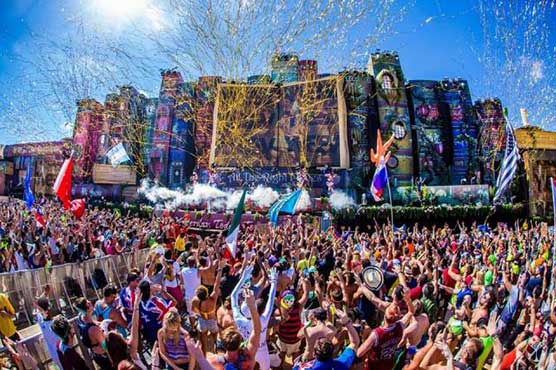 BERLIN - German authorities on Sunday canceled the third and final day of a rock music festival attended by more than 90,000 fans after lightning strikes injured 80 people, some seriously, and more bad weather was forecast, festival organizers said. The sell-out "Rock am Ring" festival, now in its 31st year and with the Red Hot Chili Peppers and Black Sabbath at the top of the billing, took place at the airport in Mendig, near the Nuerburgring motor racing track. Festival organizers had halted performances for several hours on Saturday during another thunderstorm, temporarily sending some 92,500 fans to their cars and tents for safety, but vowing to resume the open-air event. With more storms forecast, authorities in the area revoked the event's license early on Sunday morning. Organizers said they regretted the decision but accepted it because of the need to ensure the safety of fans. They asked participants to clear the festival grounds by noon on Sunday. The event website initially reported 42 people were injured during lightning strikes on Friday, but the numbers rose to more than 80. At least eight people were hospitalized, according to the German Red Cross. Thirty-three people were injured by lightning strikes at the festival last year , according to German media. -Reuters