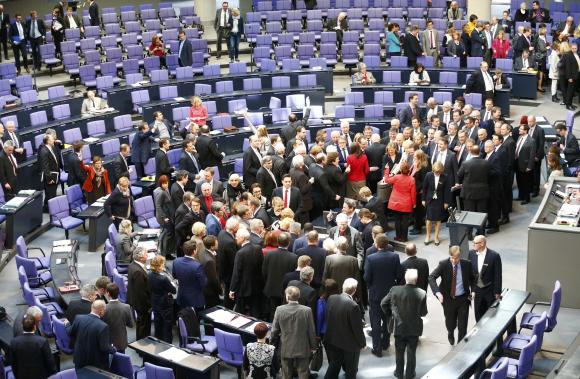 BERLIN (Reuters) - Germany's parliament approved an extension of Greece's bailout on Friday after Finance Minister Wolfgang Schaeuble, who has voiced doubts about whether Athens can be trusted, promised it would not be allowed to "blackmail" its euro zone partners. With 542 lawmakers voting in favor, including almost all of Chancellor Angela Merkel's right-left coalition plus the opposition Greens, it was the biggest majority for any euro zonerescue package so far in the 631-seat chamber. The Bundestag vote was the only major parliamentary hurdle for a four-month extension to the bailout program for the most heavily-indebted country in the single currency zone.