German pilot said to have suffered from depression, anxiety 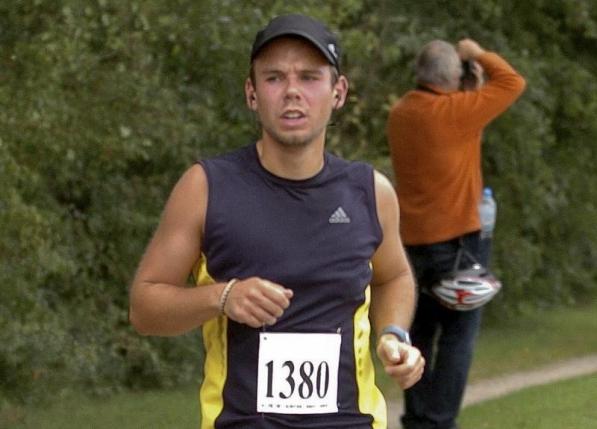 German pilot said to have suffered from depression, anxiety

MONTABAUR, GERMANY - The German pilot believed to have deliberately crashed a plane in the French Alps killing 150 people broke off his training six years ago due to depression and spent over a year in psychiatric treatment, a German newspaper reported on Friday. The story in German tabloid Bild came a day after French prosecutors said they believed Andreas Lubitz, a 27-year-old co-pilot at Lufthansa's budget airline Germanwings, had locked the captain out of the cockpit and steered the Airbus A320 airliner into its fatal descent. Lufthansa Chief Executive Carsten Spohr acknowledged at a news conference on Thursday that Lubitz had broken off his training in 2009 but did not explain why. He said there was nothing in the pilot's background to suggest he was a risk. "After he was cleared again, he resumed training. He passed all the subsequent tests and checks with flying colors. His flying abilities were flawless," Spohr said. But Bild, citing internal documents forwarded by Lufthansa's Aeromedical Center to German authorities, reported that Lubitz had suffered from depression and anxiety, and had been judged to have suffered a "serious depressive episode" around the time he suspended his training. Lufthansa and German prosecutors declined to comment on the report, which is likely to raise questions about the airline's screening procedures for its pilots and, if confirmed, could expose it to substantial liabilities in the crash. An international agreement generally limits airline liability to around $157,400 for each passenger who dies in a crash if families do not sue, but if families want to pursue compensation for greater damages, they can file lawsuits. Lawyers who have represented families in past airline disasters told Reuters that potential lawsuits could focus on whether Germanwings properly screened the co-pilot before and during his employment, and on whether the airline should have had a policy requiring two or more people in its cockpits at all times during a flight. Several airlines have already changed their cockpit rules in response to the crash, although Spohr said on Thursday that he saw no need for Lufthansa to do so. "MAD SUICIDAL ACTION" French Prime Minister Manuel Valls urged patience on Friday but said the German airline had an obligation to share all information on Lubitz with investigators. "We must wait for the end of the inquiry. I am careful when there is a judicial inquiry, but everything points to a criminal, mad, suicidal action that we cannot comprehend," Valls told iTELE. "It is up to this company to provide a maximum of information so that we can understand why this pilot committed this dreadful act." Lubitz was described by acquaintances in his hometown of Montabaur in westernGermany as a friendly but quiet man who learned to fly gliders at a local club before advancing to commercial aviation as a co-pilot at Germanwings in 2013. "I got to know him, or I should say reacquainted with him, as a very nice, fun and polite young man," said Klaus Radke, the head of the local flight club where Lubitz received his first flying license years ago. Radke said Lubitz had returned in the fall for a refresher course. But a friend who met Lubitz six years ago and flew with him in gliding school, said he had become increasingly withdrawn over the past year. Before Lubitz became a co-pilot in late 2013, the friend said the two had gone to movies and clubs together. But he noticed at two birthday parties they attended over the past year that he had retreated into a shell, speaking very little. "Flying was his life," said the friend, who agreed to speak to Reuters about Lubitz's mental state on condition of anonymity. "He always used to be a quiet companion, but in the last year that got worse." Police raided Lubitz's family home in Montabaur and his apartment in Duesseldorf on Thursday in a search for clues. "We took a number of items with us and we are evaluating them now," said a spokesman for the Duesseldorf police. He declined to comment on a Spiegel Online report that police had found evidence of psychiatric illness in the Duesseldorf flat. Randy Knipping, a Toronto-based specialist in aviation medicine, said it was extremely difficult to conduct screening for psychiatric problems among pilots, in part because they can put their careers in jeopardy by admitting to such problems. "If somebody wants to withhold or conceal, there's no reasonable test," he said, adding that unless a family member comes forward to flag a mental problem, then problem cases can "slip through". In Montabaur, a small town of 12,000 near the Rhine River, friends who knew Lubitz at the local flying club were stunned and saddened. Some pleaded with reporters who descended on the town not to rush to judge Lubitz until all the facts are known. He appears to have had an active lifestyle, running a half-marathon in a good time and showing an interest in pop music and night-clubs, according to his Facebook page, which also featured a photo of Lubitz by the Golden Gate Bridge in San Francisco. "I'm just speechless. I don't have any explanation for this. Knowing Andreas, this is just inconceivable for me," Peter Ruecker, a long-time member of the flight club, told Reuters. Germanwings has so far released few details of the co-pilot, who had only 630 hours of flying time to his name, unlike the captain who had flown for more than 6,000 hours and had worked for Lufthansa for 10 years. Lubitz was trained at the Lufthansa pilot training academy in Bremen, which declined to talk about him, as well as in Arizona. After news of the crash, his local flight club in Montabaur put a black ribbon on its website with the flight number and the name "Andreas". But the website was no longer accessible on Friday. - Reuters