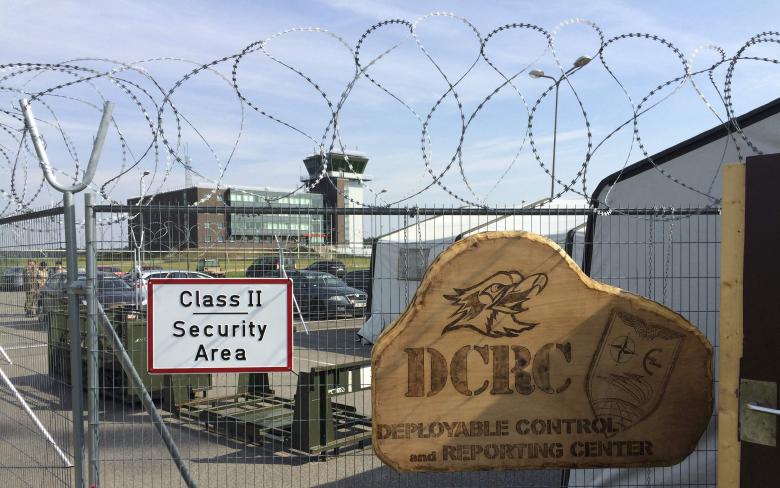 LIELVARDE - German and Latvian troops have begun a joint exercise in Latvia, not far from the Russian border, as part of a broad drive by NATO to shore up air defences against a possible Russian attack. Germany has around 80 troops and 400 tonnes of equipment, including a deployable mobile control centre, for the exercise, which will continue through October. Five German Eurofighter jets are also flying Baltic air patrols out of Amari, Estonia. "Our biggest concern is the unpredictability of Russia, which has proven in Georgia and Crimea and eastern Ukraine that it is ready, for whatever reason, to take military action," Lieutenant General Raimonds Graube, commander of Latvian armed forces, told Reuters. Latvia has doubled its military spending over the past two years and will reach the NATO target of spending 2 percent of its gross domestic product on defence by 2018. The joint operations underway in Latvia are part of NATO's "Persistent Presence" exercise and involve Germany's Deployable Control and Reporting Centre, which is patrolling a section of Baltic airspace using its own and several Baltic radars. NATO leaders agreed in July to move four battalions totalling 3,000 to 4,000 troops to the Baltic states and eastern Poland for the first time, and increase air and sea patrols to reassure those countries following Russia's seizure of Crimea from Ukraine. Some 25 percent of the population in Latvia and Estonia are Russian minorities, who officials fear could be galvanised to fight against the majority population, much as Russian separatists are now fighting in eastern Ukraine. Moscow has also declared its intention to deploy nuclear-capable missiles in Kaliningrad, part of Russia surrounded by Poland and Lithuania, in response to NATO's activation of a US-built missile shield on Polish soil. Graube said one of the most modern Russian helicopter bases was located in Ostrow, which is just 25 km (15.5 miles) from the Latvian border but well within the 350-km range of a powerful German radar brought in for the exercise. "Of course that worries us, and that's why it's good that the Germans are here for deterrence and to send a signal that NATO is strong and unified," Graube said. Lieutenant General Karl Muellner, chief of the German air force, said the exercise would help German and Latvian troops practice the complex interplay of technology, personnel and unfamiliar terrain ahead of any potential real deployment. -Reuters