SEYNE-LES-ALPES, FRANCE - An Airbus operated by Lufthansa's Germanwings budget airline crashed in a remote snowy area of the French Alps on Tuesday, killing all 150 on board including 16 schoolchildren. Germanwings confirmed its flight 4U 9525 from Barcelona to Duesseldorf crashed with 144 passengers and six crew on board. The airline believed there were 67 Germans on the flight. Spain's deputy prime minister said 45 passengers had Spanish names. Among the victims were 16 children and two teachers from the Joseph-Koenig-Gymnasium high school in the town of Haltern am See in northwest Germany, a spokeswoman said. French police at the crash site said no one survived and it would take days to recover the bodies due to difficult terrain. "It is going to take days to recover the victims, then the debris," senior police officer Jean-Paul Bloy told Reuters. In Paris, Prime Minister Manuel Valls told parliament: "A helicopter managed to land (by the crash site) and has confirmed that unfortunately there were no survivors." It was the first crash of a large passenger jet on French soil since the Concorde disaster just outside Paris nearly 15 years ago. The A320 is a workhorse of worldwide aviation fleets. They are the world’s most used passenger jets and have a good though not unblemished safety record. Germanwings said the plane started descending one minute after reaching its cruising height and continued losing altitude for eight minutes. "The aircraft's contact with French radar, French air traffic controllers ended at 10.53 am at an altitude of about 6,000 feet. The plane then crashed," Germanwings' Managing Director Thomas Winkelmann told a news conference. Winkelmann also said that routine maintenance of the aircraft was performed by Lufthansa on Monday. France's DGAC aviation authority said air traffic controllers initiated distress procedures after they lost contact with the Airbus, which did not issue a distress call. The accident happened in an alpine region known for skiing, hiking and rafting, but which is hard for rescue services to reach. The search and rescue effort based itself in a gymnasium in the village of Seyne-les-Alpes, which has a small private aerodrome nearby. Transport Minister Alain Vidalies told local media: "This is a zone covered in snow, inaccessible to vehicles but which helicopters will be able to fly over." But as helicopters and emergency vehicles assembled, the weather was reported to be closing in. “There will be a lot of cloud cover this afternoon, with local storms, snow above 1,800 meters and relatively low clouds. That will not help the helicopters in their work,” an official from the local weather center told Reuters. [caption id="attachment_10926" align="alignnone" width="500"] 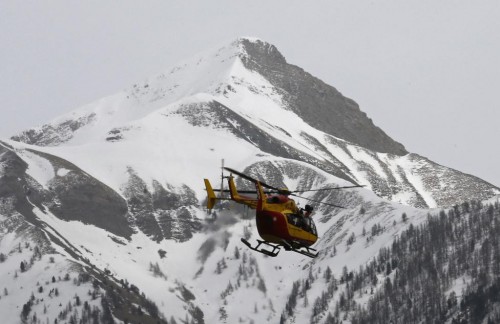 A rescue helicopter from the French Securite Civile flies over the French Alps during a rescue operation after the crash of an Airbus A320, near Seyne-les-Alpes, March 24, 2015.[/caption] "DARK DAY" Lufthansa Chief Executive Carsten Spohr, who planned to go to the crash site, spoke of a "dark day for Lufthansa". "My deepest sympathy goes to the families and friends of our passengers and crew," Lufthansa said on Twitter, citing Spohr. French aviation authorities said the airliner crashed near the town of Barcelonnette about 100 km (65 miles) north of the French Riviera city of Nice, not far from the Italian border. French and German accident investigators were heading for the crash site in Meolans-Revel, a remote and sparsely inhabited commune. German Chancellor Angela Merkel said she would travel there on Wednesday. Family members arrived at Barcelona’s El Prat airport, many crying and with arms around each others’ shoulders, accompanied by police and airport staff. [caption id="attachment_10928" align="alignnone" width="500"] 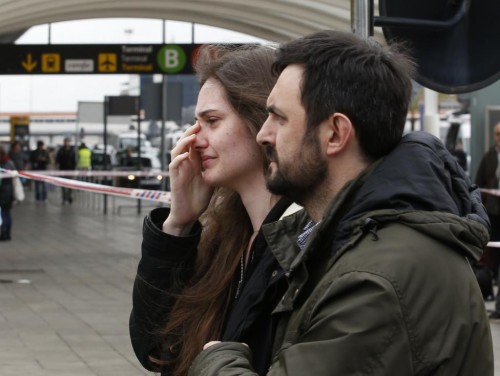 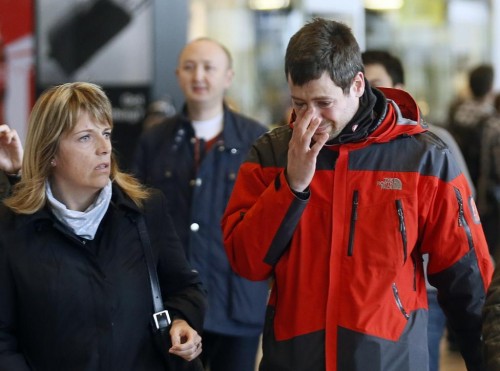 A family member of a passenger feared killed in Germanwings plane crash reacts as he arrives at Barcelona's El Prat airport March 24, 2015. REUTERS[/caption] Airbus confirmed that the plane was 24 years old, having first been delivered to Germanwings parent Lufthansa in 1991. It was powered by engines made by CFM International, a joint venture between General Electric and France's Safran. - Reuters