Germany, Australia off to strong starts in Davis Cup qualifying 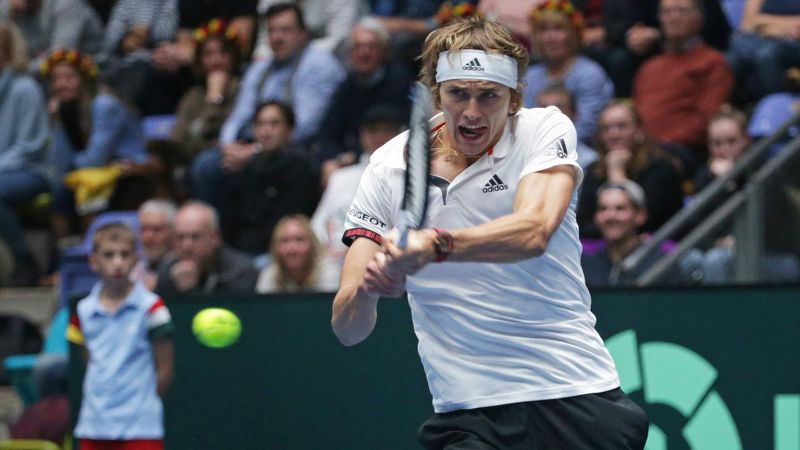 Germany, Australia off to strong starts in Davis Cup qualifying

MADRID (Reuters) - Former winners Germany, Australia and Serbia made solid starts in their quest to qualify for November’s Davis Cup finals week in Madrid. Germany took a 2-0 lead over Hungary with ATP Finals winner Alexander Zverev, the only current top 10 player in action this weekend, beating Peter Nagy 6-2 , 6-2 after Philipp Kohlschreiber had given them the lead in Frankfurt. World number 32 Kohlschreiber earlier rallied past Zsombor Piros 6-7(6) 7-5 6-4. Australia eased ahead of Bosnia 2-0 as John Millman thumped Damir Dzumhur 6-3 6-2 while Alex de Minaur overcame Mirza Basic 6-3 7-6(0), before Millman revealed the team’s larger goal under captain Lleyton Hewitt. “It’s not rocket science: We want to be part of a team that Australians can be proud of and get behind and support... That’s our objective,” Millman said. Dusan Lajovic and Filip Krajinovic put Serbia, who were missing Novak Djokovic, in complete control against Uzbekistan as they breezed past Sanjar Fayziev and Denis Istomin in straight sets. Facing a Switzerland team without 20-times Grand Slam winner Roger Federer and the experienced Stan Wawrinka, a potent young Russian team surged to a 2-0 lead in Biel. Daniil Medvedev fended off Henri Laaksonen 7-6(8) 6-7(6) 6-2 before fellow 22-year-old Karen Khachanov swatted aside Marc-Andrea Huesler 6-3 7-5. “It was really bad, I mean a disaster, and at the start of the match, when I went 3-0 down,” Medvedev said of his match. “I said to myself ‘OK, you fight, you try to put the ball in the court more than him, even if you miss many’ and in the end, I won. It was a battle with myself.” Italy took a 2-0 lead against hosts India with Andreas Seppi and Matteo Berrettini scoring straight-sets victories against Ramkumar Ramanathan and Prajnesh Gunneswaran on grass. Alexander Bublik and Mikhail Kukushkin helped Kazakhstan claim the first two points against Portugal. World number 25 Denis Shapovalov gave Canada the perfect start against Slovakia on clay, defeating Filip Horansky 6-4 7-5. However, the hosts hit back through Martin Klizan who outmuscled Felix Auger-Aliassime 7-5 6-3 to level the tie. China and Japan, who are meeting in the competition for the first time in 10 years, were also locked 1-1. China went ahead after Li Zhe beat Yoshihito Nishioka 6-3 6-2 win but Japan hit back through Taro Daniel, who beat Zhang Ze 7-6(3) 6-4. The teams will play a doubles rubber plus two reverse singles rubbers on Saturday. Winners of the 12 qualifying matches will join last year’s semi-finalists — Croatia, France, Spain and the United States — as well as wildcard entrants Britain and Argentina in November’s finals.