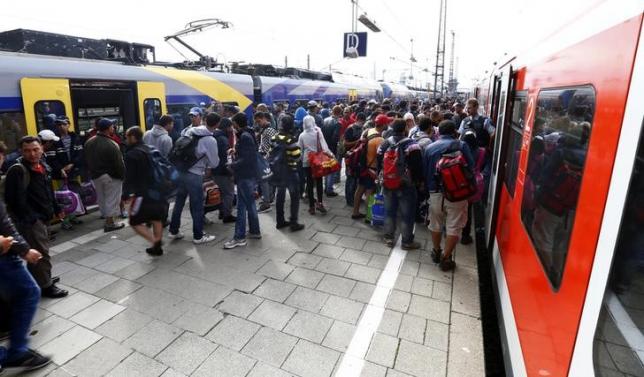 BERLIN - German Interior Minister Thomas de Maiziere wants to turn away migrants at the border if they clearly have no chance of gaining asylum, a regional newspaper reported, citing a draft bill from his ministry. Passauer Neue Presse cited the draft bill as saying that like at airports, transit zones should be set up at land border crossings so that the asylum process can be carried out before a decision is made on whether migrants can enter Germany or not. "That should create the possibility to deny entry at land borders as well in cases of inadmissibility or where an asylum application is clearly unfounded," the newspaper cited the draft bill as saying. In cases where an asylum application was not clearly unfounded, the migrant would be allowed in, it said, and in cases where a decision on entry could not be made within a week or accommodation could not be provided at the border, the migrant would be allowed in, according to the draft bill. Unaccompanied minors and people with particular needs would also be generally exempted from the border procedure, it said. De Maiziere, speaking on German broadcaster ZDF on Thursday evening, said this new rules would only used to speed up the processing of clearly unfounded applications, such as those from the western Balkans, but it would also send a "signal". -Reuters