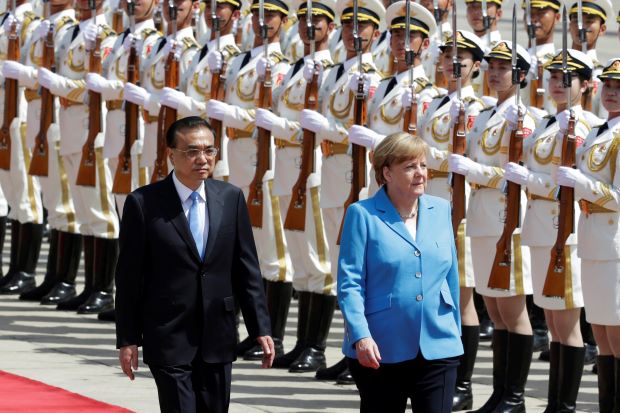 BEIJING (Reuters) - German Chancellor Angela Merkel said on Thursday China and Germany are standing by the existing nuclear deal with Iran after the United States left the 2015 accord earlier this month. Merkel made the comment during a joint news briefing with Chinese Premier Li Keqiang at Beijing’s Great Hall of the People during a two-day visit to China.