Germany's SPD won't back down in U.S. trade talks 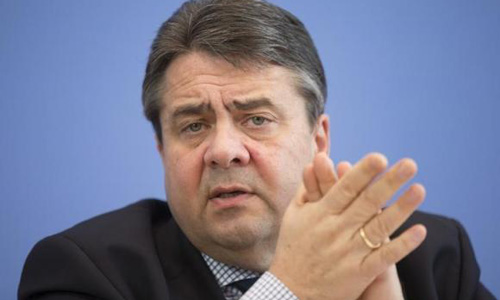 Germany's SPD won't back down in U.S. trade talks

BERLIN - Germany's economy minister has promised to block any clauses in a trade deal between the European Union and the United States that go against the ideals of his center-left Social Democrats (SPD), including investor protection clauses wanted by the Americans. "What the SPD doesn't want won't happen," Sigmar Gabriel, who is also Germany's deputy chancellor, told the Sueddeutsche Zeitung newspaper in an interview published on Saturday. The European Commission is trying to prevent differences on arbitration from blocking the Transatlantic Trade and Investment Partnership (TTIP), which would encompass almost half the global economy and could generate $100 billion (67 billion pounds) a year in additional economic output on both sides of the Atlantic. Many in Europe, including the European Parliament, fear U.S. multinationals will use a so-called investor-to-state dispute settlement (ISDS) mechanism to challenge Europe's food, labor and environmental laws on the grounds that these restrict free commerce. The United States will not accept a deal without it. Unblocking the issue with a revamped form of ISDS could help negotiators reach a trade deal by the end of 2015. European Trade Commissioner Cecilia Malmstrom defended the ISDS mechanism this week, saying European companies needed it because U.S. law does not bar discrimination against foreign investors and that if ISDS were modernized, governments would not be bullied by big multinationals to change national laws. Gabriel appeared adamant that Europe should not accept what he termed the "privatization" of arbitration, though he added that Malmstrom was helping to overcome scepticism about TTIP. "We won't accept any pressure for further liberalization or privatization. We won't lower any social, environmental or consumer protection standards," he said. "And we will not -- I am completely sure of this -- see any privatization of arbitration." - REUTERS