Getting US$8 billion from IMF and will return it too: Fawad Ch 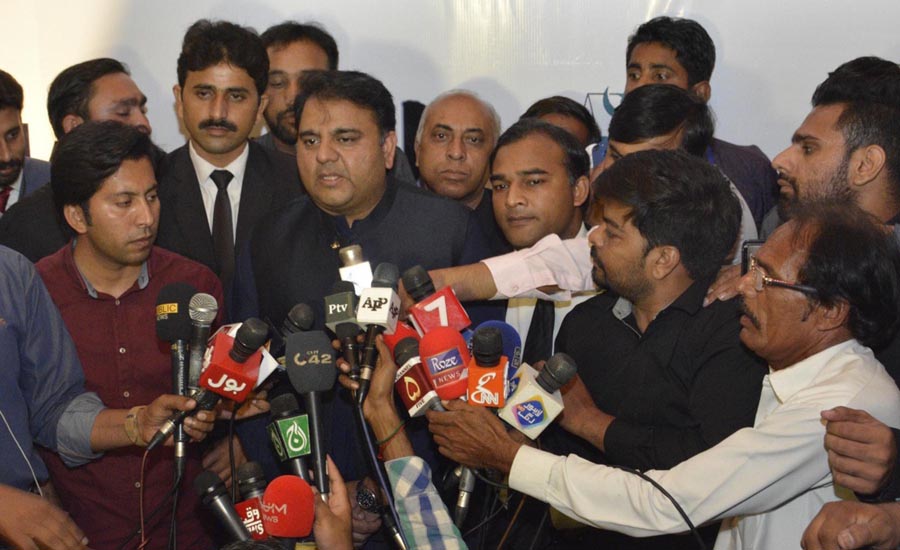 Getting US$8 billion from IMF and will return it too: Fawad Ch

LAHORE (92 News) – Federal Minister for Information Fawad Chaudhry has said that the government is getting US$8 billion from the International Monetary Fund and will return it too. Talking to the media on Saturday, he said that the government had to get the loan within 40 days and the previous government is responsible for it. “There is a forward bloc in the PML-N, but the PTI is ignoring it. The future of the Sharif family is in danger and PML-N workers should find a new leadership,” he said. The minister said that they are nabbing dacoits on one side and saving the house on the other side. He claimed that the PTI will clean sweep the by-elections. “Democracy is in danger when we nab bigwigs.” Earlier paying tribute to Asma Jahangir at a condolence reference, he said that he had the relation of respect with her.