A smartly turned out contingent of police presented the guard of honour. 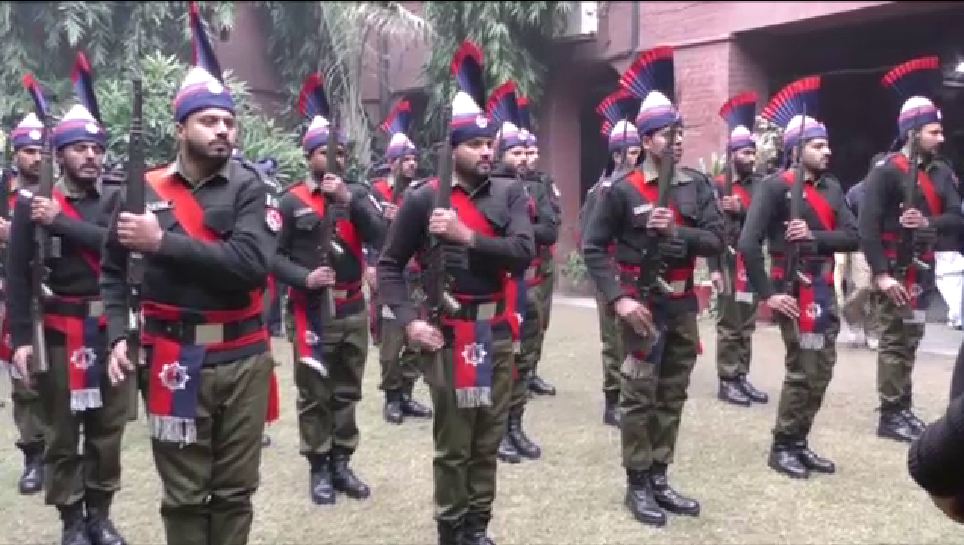