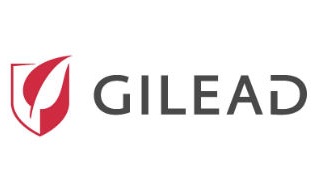 CHICAGO - New hepatitis C drugs that shorten treatment times are largely cost-effective despite their hefty US price tags, according to two new analyses. The widespread use of a combination of drugs that include Gilead Sciences Inc's Sovaldi, known generically as sofosbuvir, will nonetheless be a significant cost for the US healthcare system, researchers wrote. Sovaldi's initial $84,000 price drew widespread criticism last year, and insurers have since pressed Gilead and rival AbbVie Inc to offer steep discounts on the treatments. One analysis published on Monday in the Annals of Internal Medicine found treatment involving Sovaldi cost-effective for people with the most common type of hepatitis C, known as genotype 1, compared with older treatments. It was funded by CVS Health, one of the largest US pharmacy benefits managers, and was based on Gilead's 2014 pricing, before it began to offer greater discounts. The new drugs cost $12,825 for every healthy year of life patients gained over older treatments, the researchers said. That was below the usual cutoff of $50,000 per healthy year of life gained for cost-effectiveness. Senior author Dr. Niteesh Choudhry cautioned that the analysis looks at benefits over the course of a person's life, while the cost of treatment is paid upfront. "We look over the long term and it takes a long time for these dollars to be incorporated," said Choudhry, of Brigham and Women's Hospital in Boston. A second analysis published in the same journal found that treating all eligible US hepatitis C patients over the next five years, at 2014 prices, would cost an additional $65 billion more than older and less-effective treatments. Based on reduced 2015 prices, the researchers said, the costs would total an additional $20 billion over the next five years. Treating the patients with the new drugs would also prevent about $16 billion in healthcare spending in the future, the researchers said. The study was funded by the National Institutes of Health. "These drugs are good value for the money," said lead author Jagpreet Chhatwal, from the University of Texas MD Anderson Cancer Center in Houston. Gilead offers a combination drug known as Harvoni, which combines Sovaldi and the company's ledipasvir. AbbVie's Viekira Pak, which was approved in the United States in late 2014, was not evaluated in either of the analyses. – Reuters